Again a good guy with a gun

An old good guy with a gun. 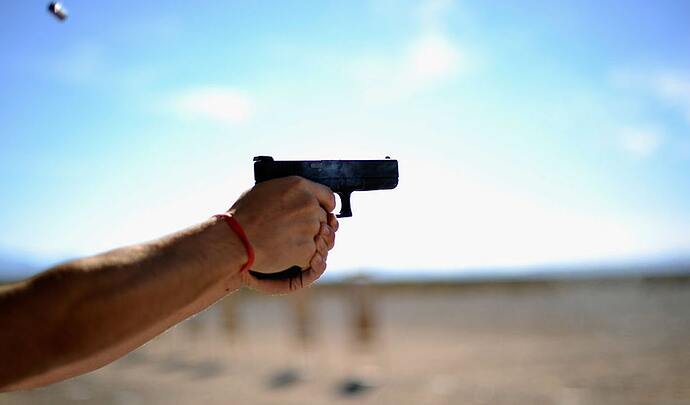 ‘He Shot My Arm Off!’: 80-Year-Old Store Owner Unloads When Armed Suspects...

And the sorry-azz judge set a bond for them.

Well done, would like to know what the defender was using in more detail.

Ya know, to take off an arm and all. Was thinking of something for both, and his cousins…

Close range with a slug or 00 buck could do it. More than likely, the wussy thug was just being a drama queen.

I didn’t see where that happened but, I hope it isn’t NYC. They’d probably charge the store owner with Attempted Murder.

More of these videos need to be shown on mainstream. Crooks are becoming more and more brazen because they are seeing so many criminals on tv getting away with things.

If you come into a store with a gun and bad intentions, be prepared to leave in a body bag. Kudos to this store owner for choosing to not be a victim! We need more people like him.

The sad thing about the whole deal is in any shooting chances are you going have to defend a civil lawsuit.
If you carry a weapon. You’re crazy not to have some type of insurance.
Uscca, U.S. law shield. 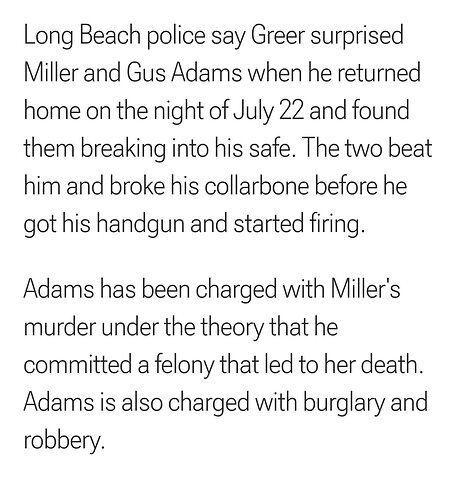 Grandpa with a .22 doesn’t play games… Thief bish is dead…

He said he chased them OUTSIDE his home, then shot her twice, most states that is MURDER, UNFORTUNATELY!

Probably the assault to his collarbone allowed him to not be charged, but very unusual not to be charged in that situation.

D can give us a better opinion on this.

So, I guess all it takes is a shotgun, or a .22, to be able to defend oneself, family, and others…

Then, there’s this that happens many times instead…

24-year-old man accidentally shoots himself in the leg while trying to defend himself during a jewelry store robbery in the Bronx - ABC7 New York (abc7ny.com)

ANYONE breaking into someone else’s home and gets shot piss on them. any judge and jury that give the thug a break should be spit on in the least.

Y’all here about this one… some dumb arse punk kid broke into an old ladies house (well attempted to) and got stuck in the dog door. Her German Sheppard’s evidently ripped off his clothes and raped him. He is suing the lady for 850,000$ !! Any judge that takes this case should be disbarred. The POS was breaking into her home!! The darn dogs should have raped and killed him. This is as bad as the woman that burnt her cootch on hot coffee and stared the whole ambulance chasing revolution of I want my Bill Green. Can you believe this is even true?! 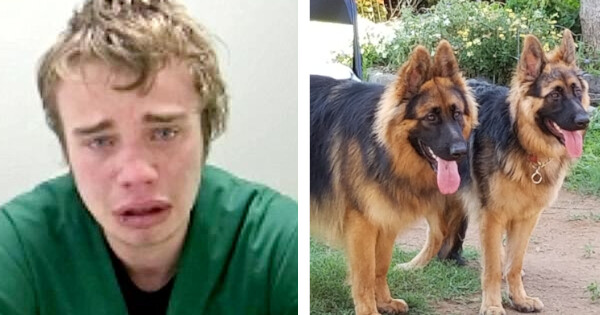 Burglar sues homeowner after being raped by German shepherds while stuck in...

A young home invader arrested after calling the police himself to report he was being raped by his victim's dogs, has filed an $850,000 lawsuit against his victims, alleging physical and psychological trauma. 23-year old Jonas Carlson attempted to...

Our legal system is a joke with things like this. If that kid thinks he got it rough from a couple of dogs, wait until he sees what happens behind bars. Hopefully he gets there. God bless that woman.

" The elderly woman insists that no matter what the court decision is, she will refuse to pay Mr. Carlson, even threatening to “give every penny to charity and die ruined to make sure he gets nothing ."

Feel bad for the cop.
But at least he gets to go home.
One shot one kill… oorah.

Now that there was funny. No matter what side your on. Stuck in a dog door getting pork from 2 dogs and they didn’t even kiss him!

Happened to my mother-in-law one time… She was taking care of our dog, and she accidently locked herself out of our house in the backyard on a cold early morning… Once she got out in the yard with him, he attacked her and then decided he wanted to breed with her… She was wearing here robe and slippers… He jumped on her and knocked her down… Then he jerked her robe off, stole her slippers, and commenced to doing the wild thang on her repeatedly… She finally got up and started yelling at the neighbor house for help because she was locked in the backyard too… Neighbor came and handed her his phone over the fence… She called my father-in-law for help… My MIL and FIL were divorced at the time, and story has it he didn’t exactly come right away to let her back in the house when he found out what the dog had been doing to her…

I miss that dog…