Remind me how many wars did the Trump Administration start?

Cp
This has the appearance of a PR campaign to satisfy US domestic politics, and an attempt to create an impression that the Biden administration are doing something when in reality they have written off Ukraine as a lost cause and a black hole for arms and funding.

This was not always the case, of course.

The talks that were happening between Ukraine and Russia in Istanbul back in March and April had the potential to lead to real peace negotiations, but the momentum was halted by Boris Johnson and Joe Biden who promised massive military aid. 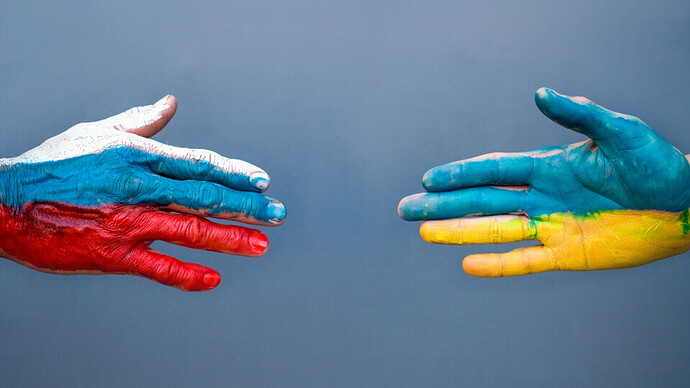 Biden’s biggest “war” is right here in the United States. The economy is in the toilet, people’s retirement accounts are dwindling as a result, crime is rising all over the country, gas prices through the roof with the expectation that they’ll keep on rising, the southern border is a disaster and he just keeps on blaming Putin, the Republicans and anyone else he can think of. Not once has he or will he accept ANY responsibility for the poop show he has created.

when does it hit the breaking point? I just loaded an old man up with 6 bails of hay. He just filled his truck for $168.00, He almost looked to have tears in his eyes as he talked about the decline of America over just the last few months. Things are starting to hit home. He wanted to will his land to his kids, but is now thinking about selling it to them to make ends meet. Unless something changes he is going to sell off his cows. I’m guessing it will get much worse before/if it gets better. 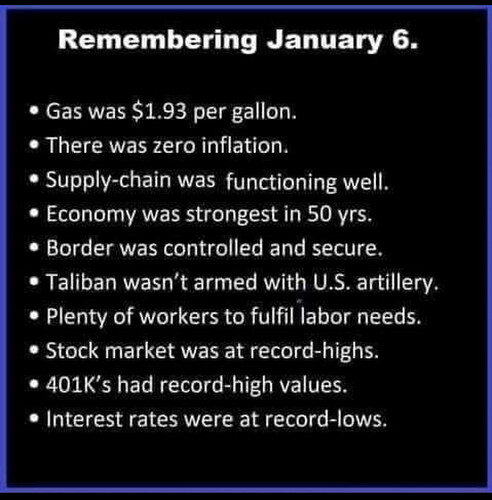 Drumpf loyalists seem to be getting more stupid by the day…

Biden tries to climb down from Ukraine ledge

President Joe Biden’s administration faces a double disaster after its Ukraine miscalculation, namely a US recession and a second strategic humiliation in the space of a year. The US economy …

Yep, our country is circling the toilet simply because people hated Trump. I know people that voted for Biden simply for that reason. STUPID

And, the overwhelming majority of Drumpf voters hated ByeDon and all Dems… Even when the Dems do a lot for them…

Biden’s war is disappearing from the mob media

@
So the NYT confirms that CIA and NATO “boots on the ground have been in Ukraine all along, but two months ago you were a totally unhinged disinformation agent if you suspected this”
hammurred June 26, 2022, 11:00pm #10

RBF, these comments are why people with a brain and concern for this nation ignore you. people are posting real issues and instead of having a real conversation about it from “your point of view”, you call people stupid. I know your way past changing your heart and finding reality, and I hate asking you questions so you can dodge them, but do you really think that this country is on a better track than when Trump was in office?
ugh, I can only imagine the hate you have for people with real concerns for this country and unfortunately, like many democrat leaders, there is zero expectation of you willing to say and do what is right. Dem’s care for themselves only and expect everybody to agree with them or else your just “stupid”. Right RBF?

No hate here, the hate resides in the radical rights’ hearts… I’m not a Dem, I’m a “Never Drumpfer” as I have stated many times… Just because someone can counterargue a topic doesn’t mean they are wedded to their argument… Apparently this simple concept of separation is very difficult for certain folks to understand as they are radicalized…

I encourage you to ignore me as it seems to cause you to fall into perturbation… Interesting part about the “ignore” feature is I introduced, instructed, and encouraged everyone on how to use it… Interestingly, people that have sworn to ignore me can’t help themselves, and still peep into the hidden replies…

I’m not here to talk about Dems as everyone bashes them repeatedly here already, so it would be redundant… I would rather focus on the radical right’s issues, and present truth and facts to support my assessments/claims…

RBF,
Just because someone loves this country and what is stands for, and wants less government in their lives, lower taxes, a secure border, and basic America first policies, including following the constitution, does not mean they are radical or they have a hateful heart. Most people from the right try to love others no matter what. It’s hard and we are not perfect, but we try.
I would argue that todays dem’s despise the very country that has given them their freedoms and has made them rich are the radical ones as they have lost their way. From my point of view they only care about anti-conservatism, anti God, anti patriotism, whether it is good for the people or not. If a conservative said the sky is blue, dem’s would disagree just for spite. Most conservative like myself don’t always agree with all republicans or others on the right and will call them out on that, but all liberals side with everything that is anti-American.
You say you focus on radical right issues, and say your not a democrat, but why do you hate everyone here so much? I see that you antagonize people for their beliefs. I will never ignore you simply on your belief. I just hope you don’t call me names like you’ve done others. Honestly, I bet if we all(including the ones you call radical) sat around a boat landing or fire pit one afternoon, we might find some similarities.
Either way, I hope you and your family have a good week.

I called you hammurrhoid, and you thought it was funny… I give you credit for having a sense of humor… I’ve been called all sorts of names and physically threatened, which people then try to walk back like it was nothing… For the record, I typically don’t start things, I counterpunch… Lots of this goes back years so it appears I am the aggressor when in fact it is the others… They start something, and then cry when they get it back…

If someone goes low, I’ll go lower, and it’s as simple as that… I have suggested they don’t start something verbally they don’t have the “thick skin” to handle… They don’t listen and every time they take it a notch lower, I reply in kind…

When I hear a heartfelt apology for the things they have said in the past, then I’ll consider giving them a break… Not holding my breath…

I’ll have to admit hammurrhoid is pretty witty and I laughed out loud at that. I guess I just hope we can have some real discussion on issues instead of a lot of putting each other down and name calling on their beliefs. I really do try to see both sides to a story, however I do admit I am conservative and love Jesus and this great nation.
Usually when I see a bunch of name calling in a thread I don’t even try and contribute because it’s already a lost cause. Remember, most people who contribute to this section really care about the well being of our country. For me it is because I have young kids and want to preserve this nations great freedoms.

I do know however, everybody here loves Charleston and the water and fishing and I appreciate everyone’s help on all the issues I’ve had lately with my new boat.

Also, forgot there was a former member that threatened to rape and make a woman out of my 15-year-old daughter (at the time)… I still engaged with him afterwrds, BUT he NEVER apologized about it…

If I hated you, I wouldn’t have offered advice on your boat issue… I don’t hold grudges, but I will keep applying pressure in the politics forum…

I’m sorry to hear that. Forgiveness heals man. I promise.

hammered I strongly object to any member on this site to be so arrogant as to instruct anyone to do anything as the recent instruction ignore . In a friendly fishing site on any forum we should not Have actors that need to be ignored. We do not need or desire a heckler sitting in a corner that sets himself as the master of truth slinging out corrections to our conversations . For my part if the majority disliked me or if I felt the need to insult or ridicule , I would expect to be ejected from the site. But that’s just me

The flagging seems to be working.

“Instruct” meaning HOW to do it system wise, NOT that it had to be done… Geez, your reading comprehension is almost as bad as Alfredo’s… Go back and read it again as I also list “encouraged” them, not “instructed” them… That’s part of the whole problem here, there are many that have terrible reading comprehension and breeze over what I write…

hammered I strongly object to any member on this site to be so arrogant as to instruct anyone to do anything as the recent instruct to ignore . In a friendly fishing site on any forum we should not Have actors that need to be ignored. We do not need or desire a heckler sitting in a corner that sets himself as the master of truth slinging out corrections to our conversations . For my part if the majority disliked me or if I felt the need to insult or ridicule , I would expect to be ejected from the site. But that’s just me

The flagging seems to be working.

See what I mean here…

[quote=“EF1, post:1, topic:94806, full:true”]
RBF is feeding tonight, and since no one will answer his nonsense he’s last to post on every single thread since lunch.

Its a shame too, no one wants to click in and engage once he starts feeding on threads.

The ignore button is starting to really do its job,he’ fizzeling like a dud firecracker.

Just some random observations from

Instructed and encouraged. Geez. Not a spelling bee