They don’t call allowing them to descend on southern cities ‘racist’ at all OF COURSE???

Texas just sent two busloads to the front of VP Harris home, over (3) MILLION (we know of) WELCOMED to America, and PAID to be here in the past year and a half since the Democrats took over the White House???

Mayor of DC now calling for NATIONAL GUARD help(?), and federal MONEY to pay for these unconstitutional??? people to be KEPT in America, as Democrat protected criminals???

Any American who ACTUALLY supports the Democrat party’s many criminal activities(UNCONSTITUTIONAL EVEN) remember (2) unconstitutional Impeachments against an AMERICAN PRESIDENT EVEN!!!

Hypocrites, each and every one of them. Democrats I mean. After all, how can it be just fine to flood the southern border states with illegals but, it is a crisis when a few hundred are shipped to blue states/cities?

Biden’s been shipping these illegals for months with nothing being said on the media.

Dimwits shipping(some actually being flown at our expense) illegals to Republican cities NO problem, BUTTTTT the other way around is “RACIST”???

The disgusting part is them lying and absolutely getting away with it, President Trump was ACCUSED of lying when he wasn’t lying, and the press backed up the FALSE accusations???

Unbelievable corruption and chicanery, plus all the hypocrisy, meantime some Americans(even some on here) actually support this behavior???

Well, facts are America stole Texas and many other territories from Mexico, and forced a treaty to sell the land, or lose the rest of modern-day Mexico… Most of the US land was stolen from either Indians or Mexicans and these are facts…

crazy stuff when you actually have people trying to support the illegals coming unchecked into our country. The Melting pot is over and when it was those immigrants actually wanted to join a country free of taxation without representation.

NIV
“When a foreigner resides among you in your land, do not mistreat them. The foreigner residing among you must be treated as your native-born. Love them as yourself, for you were foreigners in Egypt. I am the Lord your God.” 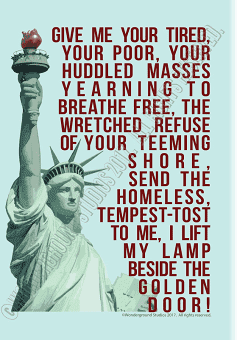 Do you think we have a Biden couple that’s getting paid to post falsehoods on here against anything that Makes America Great Again? 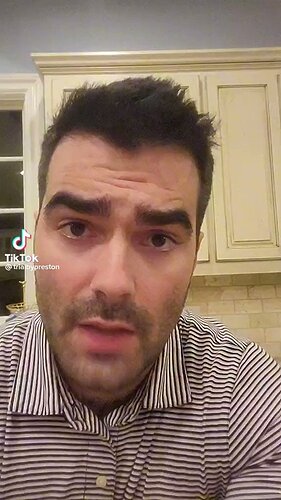 If nothing else, Trump sure has shown the fear, hate, and the nastiest characteristics in humans from those that do not like him, all while they support a geriatric pedophile as President that allows a blind eye towards all his like minded friends that used Epstein’s services to have sexual relations with groomed minors.

If anything Drumpf has shown the fear, hate, and nastiness of the once great Republican party…

I’ll bet this woman had no problems with illegals until they showed up in her white bread, stay away peasants neighborhood.

So sad, but very true.

Just watched a tv program where the dad of a nine year old girl who was victim of mass shooting, was a leftist gun control advocate publicly, UNTIL his daughter was shot, then HE bought an illegal AR 15!!!

Sooooo, circumstances change things, and people, too bad they can’t visualize results BEFORE they happen and make the right decisions beforehand???