nn. The last time I blocked the problem he cried like a baby. Please read his posts but do not reply. And please flag anything he posts that’s a violation of TOS or community

I like the way you think, but I just don’t think Trump would get the Wanna be republican support. My whole liking of Trump was because he is a businessman. I know how our government works… You spend money to get more money, Reality is not like that. Trump knows this. I still think as the haters die out and time moves on, Trump will be recognized as one of the greatest Presidents.

no need to read, it’s always garbage and lies. I like reading things that matter from folks that truly love this country and the folks that willingly serve in our military.

Ya, know, the folks he trashed and lied about that have served???

Good logic Fred. Trump does carry some hefty baggage and mistakes -sure . Desantis could probably draw more votes from the middle and might have an easier time of it. .

The reason to read and flag is to stop his arrogant disregard for the forums rules. We seem to need to be self policing.

Nacho is a self-proclaimed peeping tattletale…

I agree with Fred as well, so hard to figure out at this time…just thinking longterm.

Awhile to figure this out. Sure as hell hope the voting laws are intact and legal, or we will be screwed.

The left will be doing everything they can to cheat this November and Beyond!!

The majority of cheating that occurred has been Republicans… Projection!

Ignore him and just move on Natureboy! I was just too easy a mark, I can’t stand someone that constantly twists others words and out right lies. This is the best for me. We all know he talked trash about our military, let his daughter cuss out grown men at a softball game, Called me a bad parent, Accused my wife of having a tramp stamp, plus so much more… sure I had some mean spirited rebuttals, but all were worthy IMO. F that troll. I’ve even tried to be civil with old bob, but he wants no part of it. Terrible to be so bitter.

Alfredo lying repeatedly again… Can’t do anything but lie, and hide… Such a great role model…

I’m a man on a mission Fred. I have a goal and I will succeed. ! Just police the situation and when he violates the rules Flag him. Let him have interesting conversations with Bob 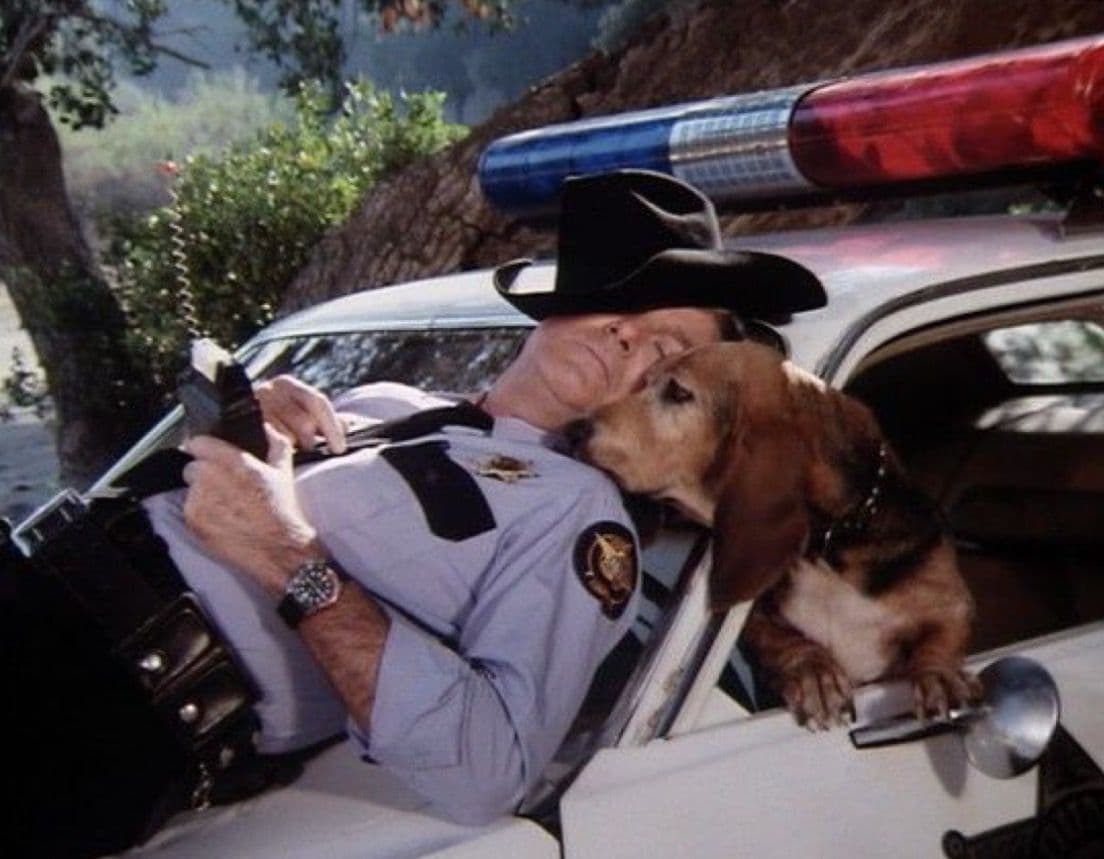 All good points about Trump and DeSantis, I believe 4 more years of Trump will clear more of the decks. Look at the democrats and rinos who are not going to run again or are being primaried. Like EF, Trump knows stuff, this will be his advantage. No matter who the R prez is the mob media will attack and Trump already knows how to handle them with his TruthSocial pumping out propaganda control it’s a win win. Rs fail to understand that if they bend or cave to the mob the mob still hates them so destroy the mob at all cost. When you hire a new person they still have to be trained on how to do the job, Trump doesn’t need this training. Last time he relied on rinos like Preibus to pick his cabinet which was stuffed with Uniparty members that won’t happen this time. He knows the opposition and will destroy the America Hating Uniparty. This is the way. Can I get a YEEHAW

Watch and learn why Trump is the way 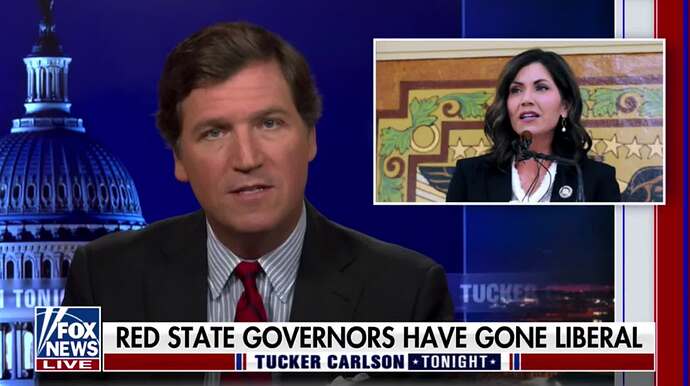 Tucker Carlson slams Republicans who are propping up Biden

Tucker Carlson slams Republicans who are propping up Biden: "Apart from Governor Ron DeSantis in Florida, very few Republican office holders are pushing back in any way against anything Joe Biden is d

YEE HAW, agreed President Trump has LEARNED a ton from the RINOS and DIMWITS(taken to school ACTUALLY)!!!

Also agreed his biggest problem was his cabinet SELECTIONS(???), next time HE will need to hand pick them, NO RINOS, NO WEAKLINGS, like both his AG’s, no WEAK VP,(DeSantis yes), FORGET PROSECUTIONS against the Dimwits, not worth it, keep up the promise keeping, and accomplishments!!!

The rest will take care of itself, the Dimwits self destruct, as we know anyway???

He WILL need to threaten them to stop the FALSE ACCUSATIONS, and FALSE IMPEACHMENTS, OF COURSE!!!

BUTTTT this time even the biggest fools can’t ignore accomplishments, especially after the TOTAL DISASTER in this administration???

Just tone down some, and give ACTIONS more than words, he has already removed plenty Dimwits and RINOS by his endorsements and his exposure of the idiots!!! 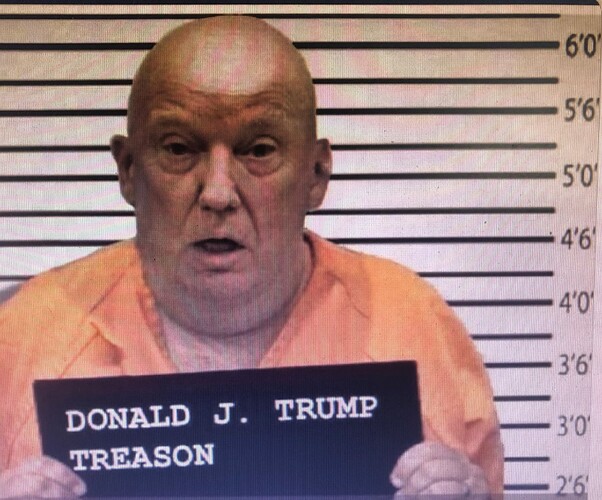 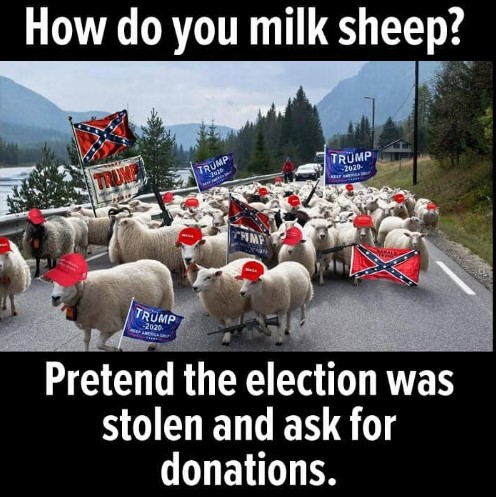 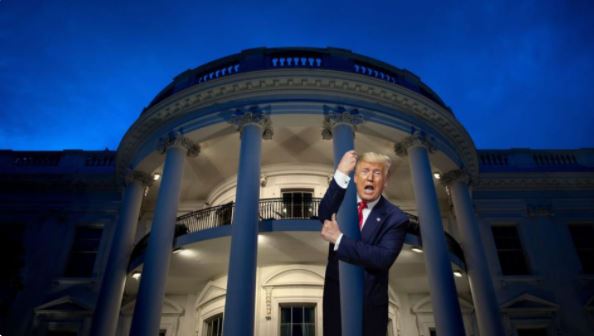 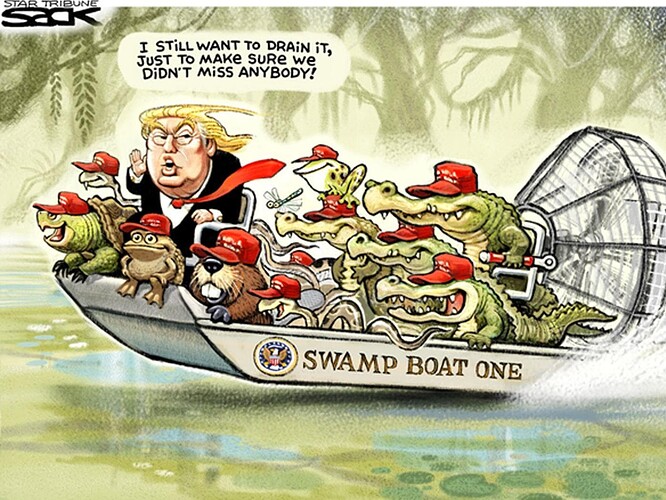 Just like he told y’all, new irrefutable evidence that they spied on his campaign and after he took office

Cp Yet when it came to Trump, here was the CIA doing what it is prohibited: “collecting information regarding U.S. persons” inside the United States.2 (See also the CIA’s bulk surveillance program.)