If you want to know why Americans are pushing back against their government, this is why

This is happening in the world…there are COVID concentration camps in “FREE” countries. This is not optional. Austrailian citizens coming back to their OWN COUNTRY are forced to quarantine for 14 days and are FORCED to pay $2500 per person for this. A direct quote from the article should terrify you, “Officers found them after a manhunt on Wednesday. All had tested negative to Covid the day before.”

Wake up America. This is quickly coming to our country.

THANK YOU 23, I ALWAYS enjoy your posts and your wisdom.

Keep them coming my friend, and I do TOTALLY agree we have a revolution in the making to fight back VERBALLY, not physically for now, and hopefully it doesn’t go beyond verbally.

Our nation has gotten beyond control in some areas, especially crime, corruption, and politics.

I hope Lee will come back for these discussions of politics, more than religion, because our political foundations have been shaken terribly.

Your article from Australia DOES SO MUCH describe where we are headed with the Democrat party of TODAY, not yesterday’s Democrat party, although it has been 60 years AND MORE in the making.

60 years ago the RADICAL BEHAVIOR of the Democrats today would have been squashed IMMEDIATELY by the Republican party. Over the years, the Republicans have gone over to the corrupt lobby money grabbing along with the Democrats!!!

RINOS today are turncoats against the American conservative patriotic citizens of yesterday AND today.

They ALLOWED the erosion of America by participating in corruption and being complicit.

On the Republican side, the Bush’s with their CORRUPT ““NEW WORLD ORDER”” garbage and being complicit in global warming, etc. made an ENORMOUS impact on the ““dumbing down”” of America and Americans!!!

An important fact left out…Australians were disarmed a few years ago. An unarmed populace is so much easier to control.

There is a radical faction in this country that hates America and all it stands for. They are hell bent on making us a socialist country.

Australia is a prime example for how bad de-arming civilians can be. 1997 the used the excuses that Guns were causing too much suicide, and crime. After they disarmed their citizens Crime went up 44% and suicide also increased. Facts mostly left out.

Another example of things wanted by the left… Socialism A prime modern example is Venezuela. One of the richest areas brought down to the poorest in less than a year.

If we don’t keep our guard up, this is the Dream of the left coming to America.

I got to see some video from my Grandfather from England as they demolished centuries old antique priceless heirloom pistols and rifles after they de-armed their citizens. Heart breaking.

They can have my guns after they pry them out of my cold dead hands.

I had a guy from Venezuela that worked for us for a several months while they got his paperwork straightened out. He said they made them work 5 6 days straight without going home. 20 hours days. He showed me pictures of people lined up sitting in the hallways waiting to be treated. He said it was not uncommon for people to wait days for treatment. And most likely after being seen they would not have the medication they needed. He said everyday a number of people would die. They would just drag them to the end of the hallway to be picked up…

And as far as taking my weapons. No intentions of dying for what I believe in.
But I will gladly assist you. If you try to take what is mine

Sadly the few guns I had were lost in a tragic canoeing accident. I still have nightmares.

This is a point to ponder on about taking guns. If we ever did allow the government to take our guns, I wonder who would truly be willing to die to keep theirs? I still remember sitting in the day room and seeing grown (well sort of) men cry when they heard they were being deployed to sand city. I know a lot that would not stand down, but I wonder just how many would “belly up” and hand them over? We would need a lot more People like pecker heads genius Beto O’Rourke in office to pass anything close to getting it done. IMO But… with Biden pushing us closer to Socialism who knows?

Another point to ponder, The left on this sight have went into silent mode. Guess even they can not find any reasons to support Biden any longer. Smoke and mirrors and a fake media got Biden elected, not 81 million votes.

This guy was electrical contractor in Venezuela. His family was very well to do. The bank’s closed and they lost all their money. Now he is here driving nails for 18 bucks an hour.

That’s sad . I have a property in Colombia next to Venezuela and the normally quiet town of villavinchineo and refugees are everywhere. It’s really a sad situation. There is little to no border control but the Colombian army and police are putting together a quick border control, these refugees are desperate and desperate people do desperate things. This could happen here quickly if Biden continues his open border policy. Socialism in action!

Hey Natureboy, Was listening to a talk show this morning and not only is Unsecured open border hurting the U.S. It is also taking it’s toll On South America. The drug cartels are killing our kids with drugs and sex slavery, while taking back U.S. guns to support more drugs coming back into America. These guns in the hands of Cartels are forcing more immigrants to come across illegally to escape the guns.

Biden has just created a vicious circle of drugs, death, and violence by refusing to secure our Southern Border.

Biden is no better than Maduro. The open borders will fuel even greater inflation. I loved it when Biden said “this man has got to go”. The idiot nailed it that time. I am going to Colombia in a few weeks. This time dental work and to check on the property Construction work is around $7 per hour. They still want USD$$$. .A root canal and crown are 350.00 there and a very nice 4star hotel is $30 a night 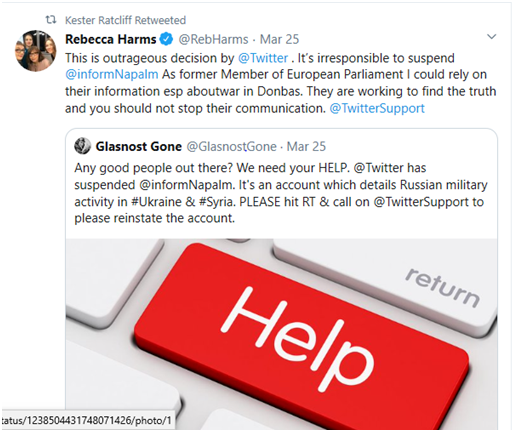 That question by itself is a mouthful considering the political climate in 2022.

we’ll never know the whole truth of it Bay. Just the simple fact that Trump asked for extra security from the National Guard incase something like this occurred and Pelosi refused and we have video of police motioning the crowd to enter the capital along with video of police removing barricades… we know It was largely staged and the Trump supporters played into the hands of the Biden’s handlers.

Somebody should have run over and kicked that officer’s teeth down his ■■■■ throat when he slapped the piss out of that woman.

She had it coming. I dont condone slapping a woman, but in this case I Back The Blue.

I totally disagree with you. Could have easily been put in our bar and walked off the street. And for him to smack her upside the head was totally uncalled for.
If that would have been one of my family members he would have paid 10 fold. And I ain’t talking no ■■■■ lawsuit

I can’t see how close she got to the motorcade, but I have to agree that getting to close inciting a possible rush to the president or riot is unacceptable. whatever action needed to make sure the POTUS is safe I have to agree with. Even though I don’t think he won the election and isn’t even making the decisions in the white house when he is even there.

Then at the 50 second mark while being escorted from the middle of the road by her left arm she starts wacking the officer with the bullhorn and slapping at his face. At this point he puts her to the ground.

Instead of complying with the officer (at this point who doesn’t know the song “I fought the law and the law won”), she starts fighting him and screaming. Then by the 55 second mark she has hit him in the head knocking his hat off with her right hand and with the left she scratches his face viciously. Thats when she got a well deserved smack. Turn up the volume and listen to what she is screaming.

To further emphasize my point about her having it coming if you look on the ground at the one minute and 5 second mark you will see she has dislodged his weapon and lost it on the ground. She is acting like Trevon Martin, it’s any wonder she wasn’t shot then.

At the one minute 18 second mark another officer rushes in to recover the dropped weapon. If you look at her and the officer in the background you will see here scratching, biting, and lunging the entire time, even after repeatedly being told to clam TF down.

Even after getting her arms secured behind her and while escorting her away just listen to what she is screaming and spitting at them.

I guess we just aren’t seeing the same thing, or if we are we certainly are interpreting it differently.

I still say she had it coming and I Back The Blue on this one.

Just some random observations from

I agree with otc ,most le are pussys nowadays ,just ask anyone that went to school with any of them.They are only interested in pulling over white women and are scared to death of a illegal Mexican.I’ve never needed one to protect me and they don’t catch many real lawbreakers.They didn’t have to do that woman like that and just look at the ones that were afraid to go in that school and kill that shooter.If I pull up to the school to pick up one of my grands and there’s a shooter,me and my A5 are going in.