What the Beatles sang, Try to see it my way

Amendment X of the U.S. Constitution protects the states and the people from the “unconstitutional” acts of the Federal government. Acts which are beyond the authority granted each branch, or are in conflict with constitutionally protected rights, are themselves, “unconstitutional.” As such, they enjoy no force of law at all, much less any form of supremacy.

It’s We the People, can I get a Yeehaw!

"These unspecified but undoubted congressional powers, and many others, emerge from the Clause at the end of Article I, Section 8, which gives Congress power “[t]o make all Laws which shall be necessary and proper for carrying into Execution” the other federal powers granted by the Constitution. This residual clause—called at various times the “Elastic Clause,” the “Sweeping Clause,” and (from the twentieth century onward) the “Necessary and Proper Clause”—is the constitutional source of the vast majority of federal laws. Virtually all of the laws establishing the machinery of government, as well as substantive laws ranging from antidiscrimination laws to labor laws, are enacted under the authority of the Necessary and Proper Clause. This Clause just might be the single most important provision in the Constitution."

Article I, Section 8, Clause 18 – the “necessary and proper” clause – is often called the “elastic clause” or the “sweeping clause” because many people believe it gives the federal government the power to do just about anything. However, the necessary and proper clause doesn’t actually delegate any power at all. It’s what is known as a “recital.” As constitutional scholar Rob Natelson put it, “A recital is a passage in a legal document that has no substantive legal effect, but serves to inform the reader of assumptions or facts behind the document. Another example of a recital in the Constitution is the Preamble.” During the Virginia ratifying convention, George Nicholas assured the delegates that the necessary and proper clause only enabled Congress to “carry into execution” the powers delegated to it in the first place. “Suppose it had been inserted at the end of every power, that they should have the power to make laws to carry that power into execution; would this have increased their powers? If therefore it could not have increased their powers, if placed at the end of each power, it cannot increase them at the end of all. This clause only enables them to carry into execution the powers given them, but gives them no additional power.” Alexander Hamilton made a similar assertion in Federalist #33 , writing that the necessary and proper clause, along with the supremacy clause, merely stated a truism and delegated no additional power to the federal government. “It may be affirmed with perfect confidence that the constitutional operation of the intended government would be precisely the same, if these clauses were entirely obliterated, as if they were repeated in every article. They are only declaratory of a truth which would have resulted by necessary and unavoidable implication from the very act of constituting a federal government, and vesting it with certain specified powers.”

It’s we the people’s country not the government’s who work for us.

“In summary, members of the Tenther Movement believe that the Tenth Amendment should be interpreted as requiring that the federal government’s enumerated powers be construed narrowly. In contrast, the Supreme Court interprets the Tenth Amendment as a default rule. In the absence of enumerated federal power, each state is the supreme sovereign of its own territory, but that this rule has no bearing on interpreting the scope of an enumerated federal power (e.g. the power to make uniform bankruptcy law).”

Your c/p from above comes from this dude…

"Michael Boldin is an ideologue who has spent years promoting the idea that states can “nullify” federal legislation they don’t like — the very same argument pushed by defenders of slavery and segregation, and just as baseless now as it was then."

It’s we the people’s country not the government’s who work for us.

TruthSocial is the way, America First love and solutions, The Tenth Amendment Center is an excellent source for constitutional law supported by everyone that supported the great Ron Paul. 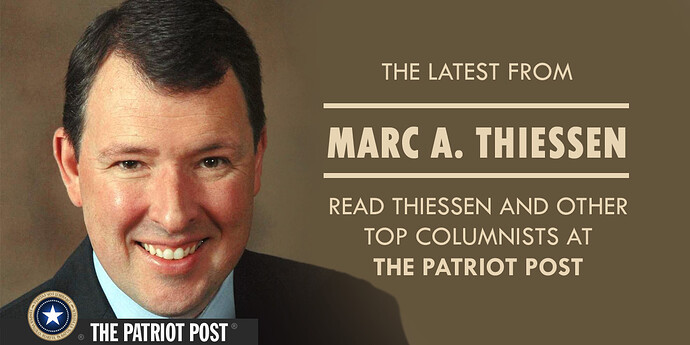 The Southern Poverty Law Center Has Lost All Credibility

After years of smearing good people with false charges of bigotry, the SPLC has finally been held to account. 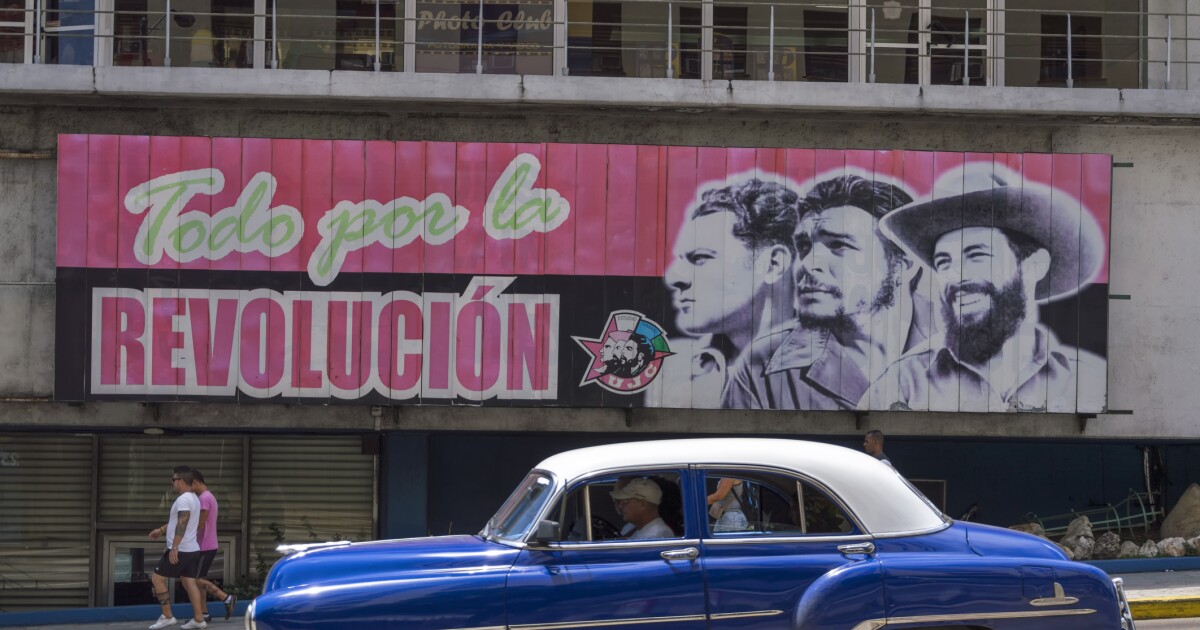 'Voice of One America' is against US law

There are two Americas, one left-leaning liberal America and one right-leaning conservative America. But the taxpayer-funded Voice of America, VOA, in the $800 million U.S. Agency for Global Media not only reflects but also represents just one of...

Thanks to all my followers

Wasn’t Biden a white supremest before he became a white black supremest?

Nah, my sources are legit for what I was using them for which was educational purposes… You are the one that uses radical right propaganda sources that are total BS…

What is it that you love about America when all you do is complain about it… It’s corrupt, send kids off to war, isn’t Christian centric (which was by design), etc… Based on how you act you seem to hate America, and that’s what the majority of Americans believe about the radical right…

Yes sir, he was! He didn’t want the “jungle” coming to his school. His words. He also told Black folk they need to use more condoms… then he said at the eulogy of the KKK leader Robert Byrd that he was his mentor. Biden is and always has been a racist.

Biden was clearly racist in his younger years before the hair implants No matter how anyone tries to revise history , this is true. Then I remember him stating that Obamba was “quite articulate”. Now he set a requirement that his VP be black. And that his supreme pick be black. Taking us back to the affirmative action years. Yep Biden is clearly racists and has been for a long time. 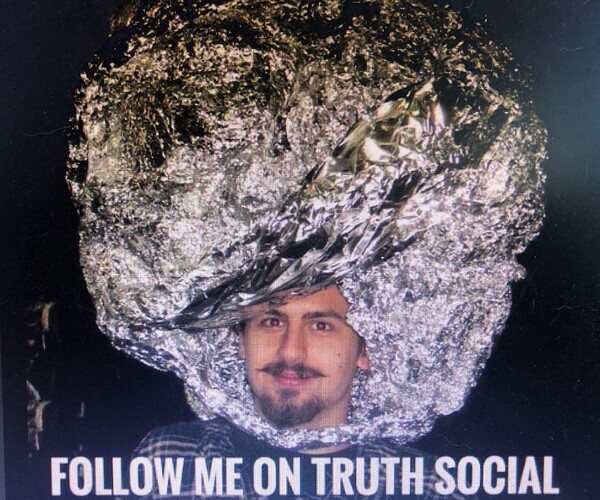 There was some chatter about primarying Biden against Newsome But he is even more radical than Biden.

Early in the Biden admin I said that Biden was doing a great job. A great job making sure there would not be another Dem president. He couldn’t have done it with out Kamala (giggle)

Cp. But this grave threat to our democracy cannot stand. Colbert’s insurrectionists who undermined the rule of law, obstructed official government business, and threatened the safety of members of Congress must be met with the swiftest and harshest punishment possible.

That is, after all, what the American people have been told since January 6, 2021. 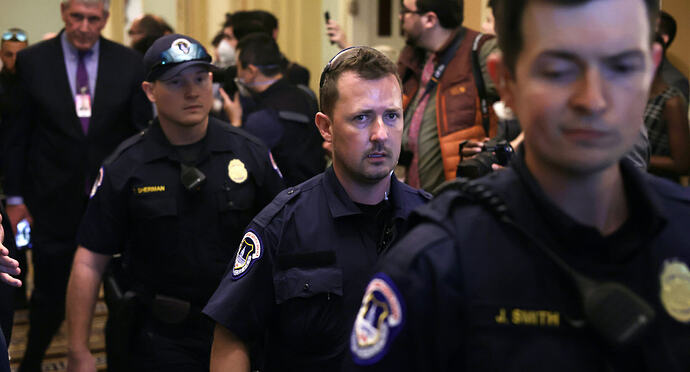 An already overworked grand jury in Washington, D.C., presumably will be very busy in the days to come. For nearly 18 months, at the behest of Joe Biden’s Justice Department, grand juries in the…

Leonard Greene: Black Lives Matter. So does the truth about Jan. 6 (msn.com)

Kasich says ‘even clowns were embarrassed’ by Texas GOP convention that included declaration that Biden ‘was not legitimately elected’ and called homosexuality an ‘abnormal lifestyle choice’ (msn.com)