Biden wants (and looks like it may pass) the IRS to get 87,000 more employees plus 80 billion dollars. If you gave em all a salary in the $40,000 ball park that another 3.48 billion a year. and that doesn’t include any benifits or perks. Why? Then you got to add in training and such… I wonder were he thinks he’s gonna get 87,000 workers? Hire some thug illegal border crossers?

Yep, it’ll cost a little, and bring in A LOT… Smart move…

Nothing worse than a tax cheat deadbeat…

Misprint hopefully, seems I remember he wanted 8,000 to be COLLECTORS, which is absurd too.

He wants,(SUPPOSEDLY??) to go after everyone who owes the IRS relentlessly.

That of course will be the BIG STRAW to break the back of American citizens, by losing homes, etc. and going bankrupt.

Of COURSE he will change the bankruptcy laws to favor the IRS BEFORE the campaign starts to keep citizens from fair representation, etc.

He stated this intention in his campaign, people just pay no attention to politicians anymore.

Ignorant citizens go along, saying GREAT, but don’t realize that almost every American cheats in some way on taxes, we just call it DEDUCTIONS, even when not earned, so if he is successful, surprises abound for many good people.

ANDDDD of course, like they did President Trump, they will drum up FALSE CHARGES, etc. to railroad citizens too, ORRRR they will claim to be LENIENT, and FORGIVE the small stuff, in order to get more votes, same as the ILLEGALS to get more votes.

Now that the REAL President has uncovered the cheating, they will just go ahead and be blatant with their actions, and hope the ILLEGALS pull them out with ILLEGAL votes, plus the IGNORANT and don’t care group that supports them now.

No Sir, it is 87,000 new employees he wants in this new bill. Maybe to help with all millions of new illegals he’s let into our country and want to put on OUR S.S. system that they have not paid a penny into.

And guess who those folks will be “investigating”? The problem with taxes is that if you make enough money, you can use loopholes, write-offs, etc. to minimize your tax debt. The regular working slob doesn’t make enough money to have any such loopholes or write-offs.

That being said, I don’t fault millionaires, billionaires and corporations for “not paying their fair share”. If they are using legal loopholes and write-offs, they are doing what any sensible person would do. The problem is that the tax laws/codes are so screwed up and no one seems to want to fix them. I know a guy that worked for a law firm. The attorney bought his wife a loaded Escalade and wrote it off as a business expense because she occasionally picked up mail from the post office and ran “errands” for the firm. I don’t fault the attorney but really?

And $40,000 is not even close for 1 position. You have to factor in benefits and it more than likely is closer to $60,000 per position. This administration just wants to keep spending money and all that is doing is saddling our kids/grand kids with a hell of a lot of debt in the future.

This will likely crash and burn like everything else the Dems have tried. They show great excitement early about these ideas. Slap each other on the back with pride , and then find out that the public nixes their grand ideas.

The Dems need to first understand that climate change is just so much bull crap and none of the predictions ever come true. Tax money should stop flowing into this scam.

Also along that same theme, the government should not be in the business of trying to force us into coal powered electric cars. What could possibly go wrong when the government tries to control the marketplace? When EV’s become a good option the people will naturally make good choices with their $$$.

The Dems need to learn how fuel prices work. The countries that “ grow their own” are not involved with OPEC and they did not experience fuel price increases During all the Biden fuel price disaster, Colombia SA never went over $2.40 usd per gal because they pump their own.

let’s see, which income category does it affect?

@
I cannot say how dangerous this is They claim this is about reporting income, but it's about tracking money. The goal is to create a money tracking regime that knows exactly what you are doing with your money all the time. This will become full time financial surveillance.

What’s in your wallet?

I am afraid they have something FARRRRR worse in mind than debt, i believe they DEFINITELY intend to run America in the ground financially, so they can declare our great nation bankrupt and fall on the MERCY of China, and the UN???

ESPECIALLY HUSSEIN OBAMA said MANY times that America QUOTE: ““IS NOT A GREAT NATION””, and that we use our military to ““RULE”” the world with force, and intervention in other countries business(like the Muslim countries) that he loved so much more than America, and probably still does.

Easy, you talking about crippling America and running down our Military? 60,000 National guardsmen have been refused pay do to refusal to take the vaccine. You also brought up Obuma,… During his reign he got rid of 38 top Generals. Our military is in dire straights. Recruitment is down drastically and we have $50,000 sign on bonuses. Really.

Bayrider August 8, 2022, 12:28pm #11
@
Let it be known that Democrats just voted to raise your taxes in a recession so they could pay for green energy bullshit that will make gas prices worse and give the IRS more money than most of the developed world's military budgets. And they're happy about it.
Bayrider August 8, 2022, 8:22pm #12 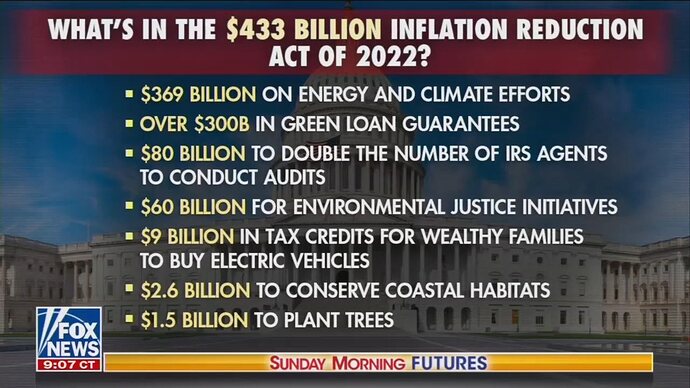 what has Biden built back better?

Probably have to pay TRUE soldiers to be involved in this gay rights military that is EXTREMELY WEAK, same as the Dimwits DESTRUCTION party leaders and supporters, who are disgraceful to patriotic America??? 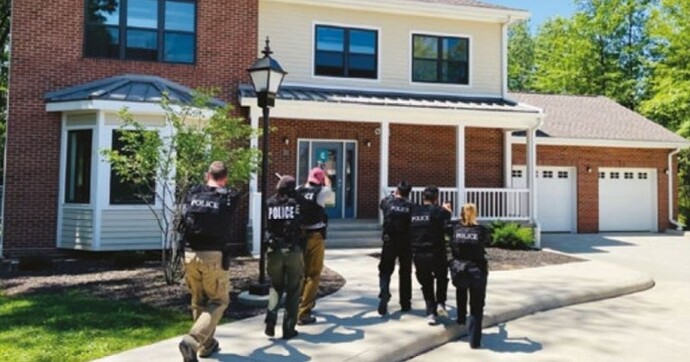 Hope you enjoy what you helped to create

This really is unbelievable. Is it even legal? I’m telling you what, with all the ballooning government control and government over-reach, I’m afraid it’s gonna get real, real soon.

Now there’s an online stir over job postings for IRS special agents who carry guns as part of their work with the IRS’s Criminal Investigation Division.

Though the job is really about sniffing out income and accounting irregularities to build legal cases, one of the potential duties is “conduct[ing] or participat[ing] in surveillance, armed escorts, dignitary protection, undercover operations, execution of search and arrest warrants, seizures, etc.,” the job listing states.

Though the job listing drew new attention this week, requiring some IRS special agents to potentially use deadly force is nothing new, an IRS criminal-investigation spokeswoman confirmed.

Investigate, audit, whatever……Pay your dam taxes. Bust the cheats, just like these dudes.

Twelve senior managers of seven contractors in the Myrtle Beach area of South Caronila were ordered to pay $3.4m in fines after pleading guilty to employing undocumented foreign workers. None of the 12 were sentenced to jail time, but most will serve several months in home confinement and five years of probation.May 27, 2022

We are hearing that old Hazzard County cry from the “boss Hogg corrupt lleft just like we have for many years now. “. We got them Trump boys this time Boss” 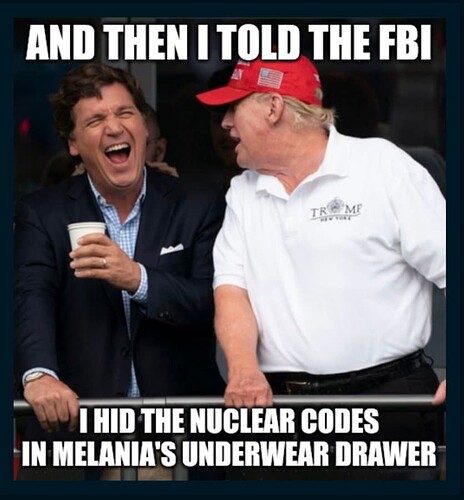 How do you defend this crap Polly? Really? Trump aside. We have law agencies to do the “armed” work on criminals.

I pay my taxes in accordance with the law and from your own statement it looks like the IRS is catching tax cheaters. We are talking about 87,000 new employees!!! Freaking ridiculous! Why not put this money in our schools and Police force?

Wait till they start passing new laws on your retirement and come after it. It’s coming if we don’t get these idiots voted out. I don’t think you realize how much you are gonna love this socialism you’ve been voting for.