New bill signed yesterday by Dimwits ANDDDDD JOE MANCHIN TOO, $17 TAX on every BARREL of oil, 15% TAX on corporations resulting in highef prices on that group, WORSE YET, layoffs and SHUTDOWNS of factories AGAIN(30,000 during Obama’s reign of terror), just when President Trump LOWERED the corporate tax rate by 1/2 to get the factories coming BACK TO AMERICA, here we GO AGAIN WITH DIMWITS DESTRUCTION PARTY DESTROYING America and our future hopes of CHEAP GAS AND PLENTY JOBS(Ford just announced HUGE layoffs, and major banks are announcing huge layoffs, and Google, Facebook, and most tech companies facing DOWNSWING in profits, meaning layoffs too???

My Grandson works at the Scout factory, their backlog just went from THREE YEARS to (1) ONE YEAR since the Bi xing REGIME took over???

IFFFFF anyone here thinks this is ““JUST COVID”” , then you have no clue about the Dimwits DESTRUCTION party economics in the past???

Do not worry there is no recession Did the White House Change the Definition of 'Recession'?

"Apparently the White House is changing the definition of recession this week so we can pretend that we’re not in one," said one prominent Biden critic.

and the vaccines are just fine 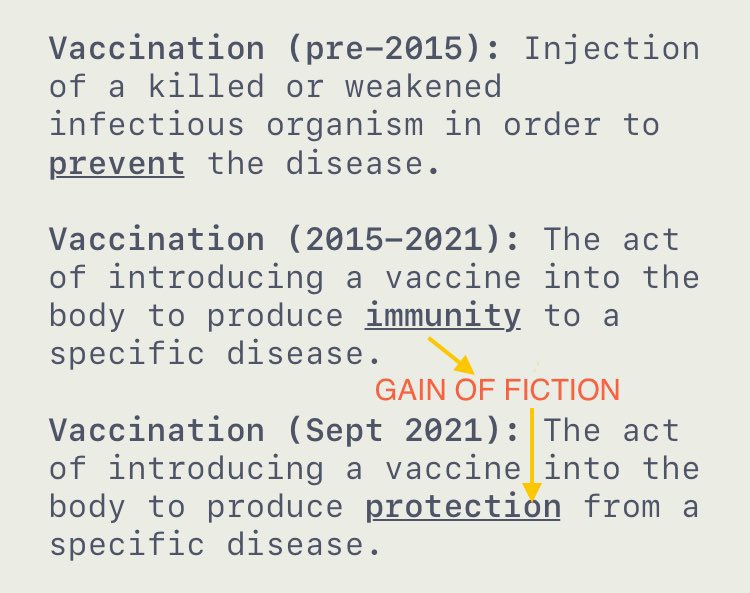 Hey, when you don’t like the way things are going, just change the definition of what is, is. This administration continues to amaze…in a really bad way. It will probably go down in history as the worst ever.

You and I are in the same age group and I can say I’ve never lived trough a worse administration. Id say our older members can say the same.

The democrats realize the gig is up in November.

It just seems like their way to make a final power/money grab before swept to the curb.