On the old old censuses, i have family members referred to as “mulatto,” although if you look at me or even pictures going back 4 generations, we just look like a bunch of white people. Whatever that means.

I’m related to John Punch, the first documented slave in the colonies. He had two sons with a white woman before it was illegal. Obama is related to one son and I’m related to the other. True story. To hide their slavery connections, they changed their name from Punch to Bunch. I still have Bunch family members buried in our Cemetery.

It’s actually quite fascinating when it’s your family.

John Punch (fl. 1630s, living 1640) was an enslaved African who lived in the colony of Virginia. Thought to have been an indentured servant, Punch attempted to escape to Maryland and was sentenced in July 1640 by the Virginia Governor's Council to serve as a slave for the remainder of his life. Two European men who ran away with him received a lighter sentence of extended indentured servitude. For this reason, some historians consider John Punch the "first official slave in the English colo In ...

"At the same time, this law meant that racially mixed children of white women were born into their mother’s free status. Paul Heinegg, in his Free African Americans in Virginia, North Carolina, South Carolina, Maryland and Delaware found that most families of free black people in the 1790–1810 U.S. censuses could be traced to children of white women and black men, whether free, indentured servant, or slave, in colonial Virginia. Their children were born free and the families were established as free before the Revolution.

Punch’s male descendants probably became known by the surname Bunch, a very rare name among colonial families.[1] Before 1640, there were fewer than 100 African men in Virginia, and John Punch was the only one with a surname similar to Bunch.[35] The Bunch descendants were free black people who became successful land-owners in Virginia. Some lines eventually assimilated as white, after generations of marrying white."

crazy stuff. all that aside… Life is Good!!! 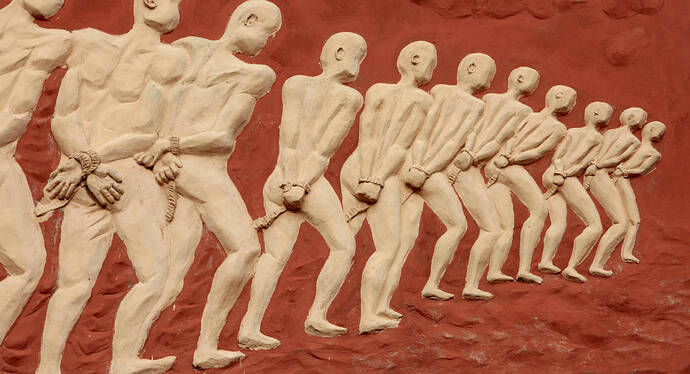 Keep in mind as you’re reading this that I’m clearly the racist here. I’m a white, straight, male conservative Republican—wow, come to think of it, I tick all the Left’s boxes for the worst person…

Interesting article. Could it be possible that Obama’s muslim ancestors sold Michele’s ancestors into slavery. 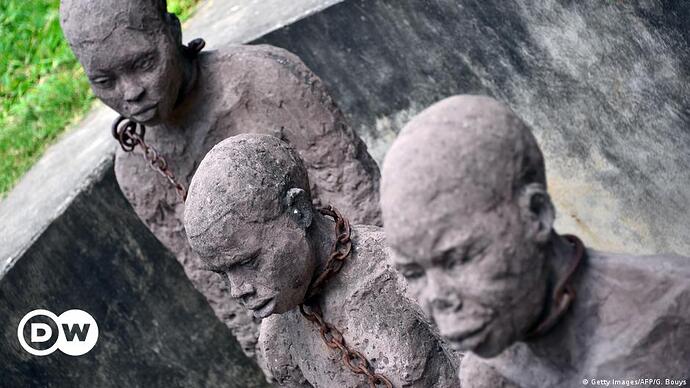 Over several centuries countless East Africans were sold as slaves by Muslim Arabs to the Middle East and other places via the Sahara desert and Indian Ocean. Experts say it is time for this to be discussed more openly.

I’ve traced my lineage back to three brothers who were Sailors, in the British Navy.

For reasons unknown, all three were exiled from England to America. They all ended up staying in South Carolina. One near Murrell’s Inlet, one near Ft.Inn, the other near Belton.

Mostly researched through family Bibles, and hand me down history.

They can get my DNA when they pry it from my cold, dead, jeans.

I’ve traced my lineage back to three brothers who were Sailors, in the British Navy.

Ancestory.com is amazing. I know people don’t think it, but it is fascinating to understand your family history and how you became who you are and where you are.

If you have hand me down history, you should record it for your future generations. Someone will want to know.

Islam and the mohammedans seem to be one of the foremost progenitors of slavery.

from the above article,
“Initially, the Arab Muslims in Eastern and Central Europe took white slaves to sell them to Arabia,” Senegalese author Tidiane N’Diaye told DW in an interview. “But[ the growing military power of Europe put an end to Islamic expansion and now that there was a shortage of slaves, Arab Muslims were looking massively to black Africa.”

From the inception of islam and their military expansion and conquest throughout Arabia, North Africa, Asia and Southern Europe the muslims took slaves. Their religion was spread through the use of the sword. “Aloha Snackbar!”