Epstein’s black book is on Gawker for all to see. Another “Client” list would have the same effect on the slime balls regarding legal action, all he said she said finger pointing. The FBI raided Epstein’s properties and have safely stored all the irrefutable video evidence. The government agencies are now the fourth branch of government. Just look at what they did to and are still doing to their political opposition to predict outcomes moving forward. IMO your only hope is to elect enough America First Patriots willing to fight for the soul of the country but it may be too late for even that. The left has been placing America haters at every level for control for over fifty years and that’s tough to eradicate. 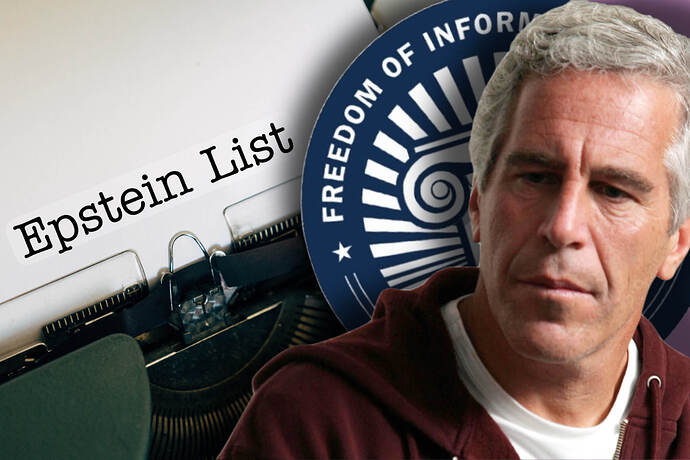 If you have a different point of view or a better way forward please post your thoughts and opinions. Thanks.

Too many rich, powerful and famous people involved for anything to ever come of a real investigation and any charges.

The whole Epstein fiasco is beyond belief and nothing but a let down for the World. Those that used Epstein’s Services to screw under age girls should be prosecuted and given the full sentencing of the law. The 23 girls that testified against Maxwell need to come forward with names. Probably bought out. ?

Maybe you aren’t swift enough to notice but, I did not mention political affiliation in ANY way. I don’t care what their political leanings are, IF they were involved in sex-trafficking, they should ALL be prosecuted. WHY must everything be about politics with some people? This is about decency and morality, NOT politics.

Funny how you ONLY named republicans/conservatives. I named neither.

I admit I’m not a Rhodes Scholar but never seen much good out of education versus personal experiences or what was past down to me by my elders.

I started the post with “If” and I apologize for that. Next time I’ll be more explicit and post “my question is”.

I believe decency and morality is taught to us by our parents and reinforced in church.

I believe indecency and immorality is deeply rooted in politics and this is a political forum.

Dang you two… What did I miss?

All I know is who ever used Epstein’s services to screw a little girl should be under the jail house. Even if it were my own Dad. Crimes against humanity and it’s children are not acceptable under any circumstances. Even if our Own Law agencies turn a blind eye, we the people should not.

This Epstein thing may be worse than all the top secret e-mails Hillary gave to the world. Not sure if it ranks with Hunters laptop though. We need to have some demanding the Client list be released, dammm the torpedo’s.

Also, the fatal flight to China under Bill Clinton, HAD NO BLACKBOX TOO???