Why doesn’t Biden send Kamala to the queens funeral? Wouldn’t it be better for her to embarrass us than Biden ?

I watch the BBC & Australian news quite a bit. Almost everyday they have something about him (JimCrowJoe)being incompetent. Hell he’s already the laughing stock of the world

Yes I’m a fan of their news too! Most of Europe laughs at our president too!

Pick your poison, they are both professional clowns, destined to say/do something totally stupid.

I can say this with knowledge. Most Brits liked Trump, Pretty much all Brits hate Biden and think he is an idiot. To this very day we still have American, British, and others trapped in Afghanistan. The Media went silent on it. Biden never told the British or anyone else we were withdrawing until we pulled out. Pathetic at best and a good reason for the British and others to dislike Biden.

God Rest the Queens soul! My mom remembers her being coronated and her mom decorating for it.

Where was it that Trump set. I watched on TV and never saw him one time. They kept showing the hated one though all through the funeral.

Trump is so unpopular in the U.K. that some are lining up for a fight

Polls show that 19 percent of Britons have a positive opinion of Trump, while more than two thirds say they have no confidence he will do the right thing.

LONDON — During previous elections in the United Kingdom, political parties have actively courted the endorsement of the president of the United States.

But Donald Trump, in town for a NATO meeting on Tuesday, is so unpopular in the U.K. that his traditional enemies are hoping he will say something — anything — to denigrate them or the causes they support.

During past visits, Trump has made controversial comments about the NHS, repeatedly insulted London’s mayor, Sadiq Khan, and given a surprise newspaper interview humiliating his host, then-Prime Minister Theresa May.

Meanwhile, just 19 percent of Brits have a positive opinion of Trump, according to the pollster YouGov. More than two thirds say they have no confidence in him to do the right thing, a study by the Pew Research Center found last year. 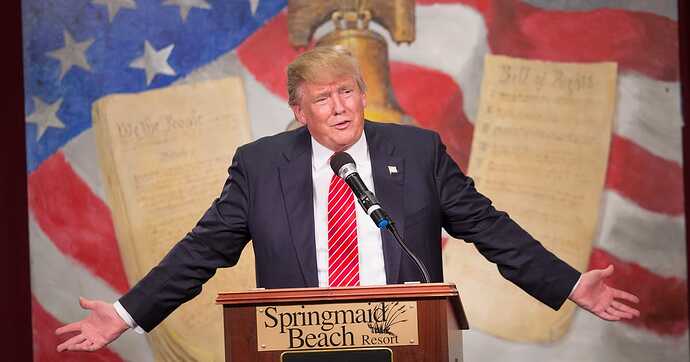 The Parliament debate Monday on banning the Republican shows how he has touched a raw nerve.

The British have never had much time for Trump. His brand of boastful, gilt-edged vulgarity scrapes against our every aesthetic nerve. 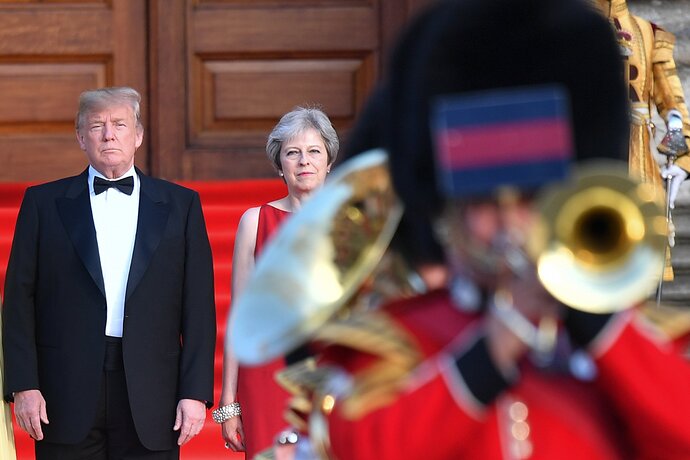 Three-quarters of British public dislikes Trump and half don't want him to...

"The British public hold the President in low regard," the poll report states.

President Donald Trump is highly unpopular in the United Kingdom, according to a poll released Thursday as he arrived in the country to meet with officials including Prime Minister Theresa May.

The BBC at first didn’t like Trump. But soon they realized that our mutual enemy’s really feared Trump. The Brit media began to like him. Biden is the subject of jokes and ridicule in the Brit media An embarrasment

Finally. Embarrassment on a foreign level 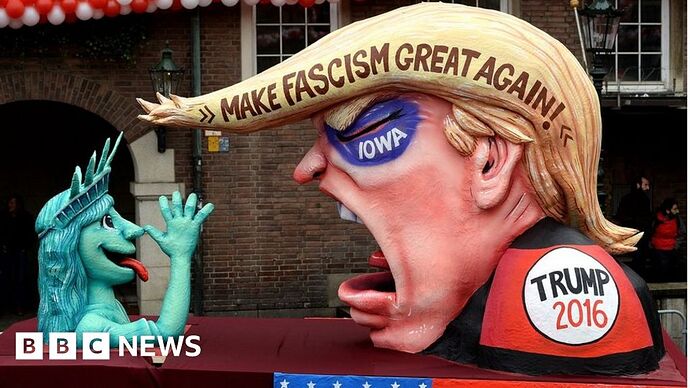 Europe hates Trump. Does it matter?

When it comes to Trump, Europe is apoplectic. Will that hold any sway over undecided voters?

Robbie. That was 2016. Biden is a world wide embarrassment

Trump is “the greatest embarrassment in the history of our country”

“This is the greatest embarrassment in the history of our country,” says Trump, introducing and summarizing this montage of humiliations he lavishly presented to the world during his days as president. Set to circus music, MeidasTouch’s “America’s Biggest Loser” highlights just a fraction (there’s only so much time) of Trump’s embarrassing moments, from covfefe to his toilet paper shoe-tail to staring directly into the sun to world leaders laughing at him — and so much more. His buffoonery rivals that of caveman Fred Flintstone — without the light-hearted humor or malice-free charm, of course. 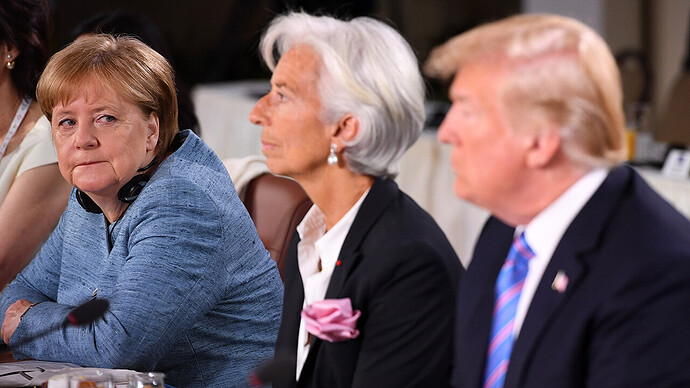 U.S. Image Plummets Internationally as Most Say Country Has Handled...

In several countries, favorable views of the U.S. are at their lowest point since the Center began polling on this topic two decades ago.

Since Donald Trump took office as president, the image of the United States has suffered across many regions of the globe. As a new 13-nation Pew Research Center survey illustrates, America’s reputation has declined further over the past year among many key allies and partners. In several countries, the share of the public with a favorable view of the U.S. is as low as it has been at any point since the Center began polling on this topic nearly two decades ago. Robbie. I hear that the presidents plane US1 is getting an elevator so Biden won’t bust his ass on the steps again

That article is from 2016, Go over there and talk with some people for yourself. You’ll soon see most British turned to like Trump and think Biden is the laughing stock of all World leaders.

I really don’t care what the Brits think about me

Hey! Who said that?

Robbie , like a good little Guardian reader do you still follow the science that Fauci changed often to suit his bank account? The vaccine that’s not really a vaccine.?

Orange Julius is so stupid, and so clueless, he thinks one can just “Think About It”, and that item or document is declassified!

What an imbecile. Those fools who believe him, are just as more, if not ,stupid !

Can’t wait for him to prove the FBI “planted” material! He thinks he’s slick by saying that, but the judge said put up your evidence, or SHUT UP !

Speaking to Sean Hannity of Fox News in an interview broadcast on Wednesday, the former US president said: “Different people say different things but as I understand it, if you’re the president of the United States, you can declassify just by saying it’s declassified, even by thinking about it.