Trump has the evidence and they desperately want it back

It’s time to rally around Trump and support his efforts to end the swamp Uniparty corruption.

OK, time for “fight like hell”, this Justice dept. crap has got to end, like President Trump said, the FBI KNEW he did the proper paperwork to declassify the documents, they are NOT looking for classified documents.

They are looking for ANY evidence that can be used against the Justice Dept., and President Trump has evidence GALORE, especially Operation Crossfire against him and his cabinet ILLEGALLY OF COURSE, per usual.

And if the evidence they seek is not there , they can create it . What’s to stop them?

They’re watching you and listening to you.

Who kept ACCUSING others of “FEARMONGERING”, falsely, who now is FEARMONGERING himself???

Major corruption with out a doubt. Lot’s of stuff coming out about the FBI hiding Hunters Laptop info before the election. I really wonder what they were actually looking for and how would they know it may have been at Mara largo? I doubt we’ll ever know the whole truth.

Trump should be seeking a plea deal — but his lawyers can’t protect him from himself: analysis (msn.com)

you Trump haters are amazing. you hate him for fake news on russia interference, you hate him for fake acusations by a hooker, you hate him for fake Ukrainian scandals. However, you give brandon a pass for being on camera holding back $ from Ukraine unless they stop investigating his son, you give a pass for not investigating brandons dealings with his sons overseas investments while he was VP and now president.
What is it you like about Biden and think he should just get a free pass and live above the law, yet you want Trump in jail for lies. The FBI is completely out of control when they go hit up a country club to supposedly take nuclear documents from a president they didn’t like, but let Hilary off the hook for deleting 30k emails and washing her laptop clean to cover her a$$ after she was ordered to turn in her laptop.
Do you think Brandon cares about you guys at all???
LOL

And just how do you wash a laptop? Gentle or handwash cycle?

As far as your above the law statement, its exactly what got Trump in hot water, the presidential documents are property of the American people, not Trump. Furthermore he and his attorney lied about said material, said they returned it all, but that was a bold faced lie, and he got caught!

What about the law Trump signed in 2018? He regrets that now!

Trump signed the bill, which made changes to the Foreign Intelligence Surveillance Act, into law in January 2018.

It upgraded the seriousness of wrongly moving classified material, turning it from a misdemeanor into a felony — and increasing the maximum sentence to five years, up from one.

“Trump certainly has legal exposure to Section 1924 given it was classified documents from his spaces in the White House that were removed to Mar-Lago,” Moss said.

the presidential documents are property of the American people, not Trump.

lol so what about president clinton getting off the hook for WH audio tapes found in his sock drawer!!!
you ok with that Bolbie? I mean that isn’t hypocrytical at all.

No one is above the law, if a judge says he must return the tapes, he must do so. Haul him in if they deem necessary. 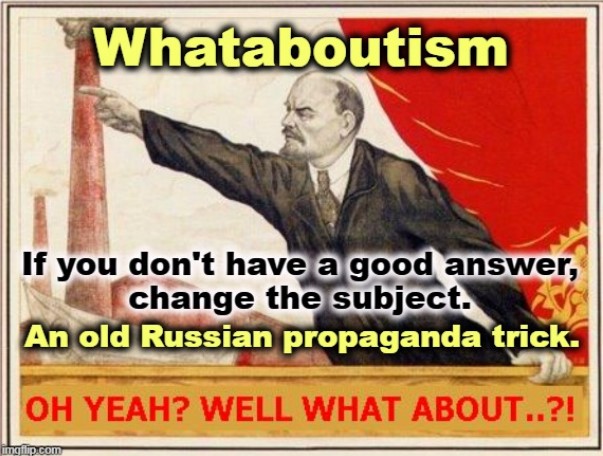 Absolutely agree with you bolbie, so why didn’t they haul Hillary in for all her Top secret E-mails being sent across her personal server? No one should be above the law. I’m still wondering why the left is wanting to add more gun laws but refusing to enforce existing ones? Look at What Hunter did. He lied on a federal gun purchase form to acquire a pistol that he later threw in a trash can near a school. If they won’t go after him for this blatant crime, why should they make up more rules they won’t enforce?

Clinton’s case was different, US Government couldn’t prove that any laws were broken. And, she turned over the server when requested.
Trump was asked by Archives to return documents taken from White House, he lied in saying everything was returned. FBI was then asked to search and retrieve said documents, because of highly sensitive and classified information.

Didn’t Trump make it a felony to mishandle classified information?

Tucked into a bill Trump signed into law in January 2018 was a provision increasing the punishment for knowingly removing classified materials with the intent to retain them at an “unauthorized location.”

Previously, someone found guilty of this crime could face up to one year in prison. When former CIA Director David Petraeus was charged in 2015 with mishandling classified data, he pleaded guilty under this statute to avoid a felony charge, as Politico pointed out. A similar situation unfolded a decade earlier, when former national security adviser Samuel Berger pleaded guilty to removing terrorism-related materials from the National Archives in 2005.

Now, a person convicted of violating this law can face up to five years in prison ― making it a felony-level offense to mishandle classified documents under 18 U.S.C. 1924.

B.S.!!! Every conversation she had over E-mail while on duty to include… “What ya have for breakfast Barack?” was classified until it was Unclassified and is NEVER allowed on a public server. There were TOP secret e-mails that gave locations for undercover operatives. Lord only knows how many more she had killed other than those in Benghazi.

So far there is no evidence that he Mishandled. Let’s see what the court finds before we convict. You know like you did with Trump and Ukaine and the Fake dossier fabricated by the FBI to impeach Trump.

Right now we know proof positive Hunter Biden lied on a federal application to buy a pistol and nothing is happening to him. Even though his Daddy thinks we need more gun laws. Sorry basstard won’t even enforce existing laws.

Only difference you are even talking about what trump may have done and stating Hillary’s was different is because you love Hillary and hate Trump.