Our president (as much as I hate he is) has now stated that over half of Americans are against America and out to destroy it!!! Has stated that to Make America Great is a terrorists statement!! I’m thinking the geriatric puppet is just running scared, sometimes I actually feel sorry for him, other times not so much. I truly believe he is clueless to his surroundings.

Watch this video for a Gently and positively spoken rebuttal to Biden’s b.s. No harsh bashing. Suppose to be on fox and friends. Pass it on!

He is a senile babble fool and the VP is so bad, she has been hidden somewhere lest she opens her mouths and spews forth more gibberish. Biden is not running this country, he is a puppet being controlled by liberal whackos. His wife should be ashamed for letting him make a fool of himself almost daily. I guess in the end, it is all about money and power. 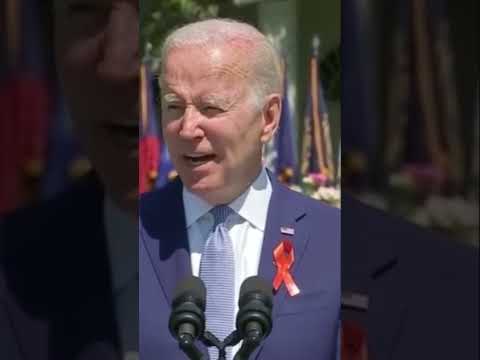 I agree with ya OTC, Biden has always been a POS. but on the old age and geriatric mental decline, I hate he is being used so badly. Please don’t take this for me being weak on him being a sexual preditor and racist. What father showers with his daughter and causes her (by her own admission) to become a sex addict??!! Biden is scum.