…let me get this right,and please correct me if I am wrong.

So, the poor kids who went to work or into the military because they couldnt afford college are now expected to pay the bill for all the rich and/or lazy kids who went to school and thus got better higher paying jobs.

Most of these kids who pilled up so much debt took 5, 6, or more years to finish school because the free money flowed into that predominantly liberal environment like mana from heaven.

The professors and administrations of these schools encouraged this behavior as they were the main recipients of all this filthy lucure. They should be on the hook for a lot of this money. Really.

I have never ever cheated on my income tax, but you can bet your sweet patootie I get a little lagniappe around April 15th this year.

Im not bullschitting this time, just you wait and see.

I’m gonna call it Civil Financial Disobedience and encourage everyone I know to do the same.

I am sick and tired of keeping so many able bodied people up, for me it ends today.

EF, the 300 billion is just an estimate. They believe it will be much higher when they finally figure out who all qualify for it. I’m wondering how many divorces will now occur because it is based on house hold income from what I understand.

For the first time ever I actually agree with Pelosi when she stated the President does not have the power to do this… only congress. He’s just farming votes imo. His time in this world is short and he doesn’t give a rip about any of us. I wonder if he really knows what he is doing? Anyone that shakes hands with the air and can’t manage to put on a jacket and turns his daughter into a sex addict from showering with her is not dealing with a full deck of cards.

I don’t normally chime in on the political page, BUT I am very angry. My brother and I were both veterans of the Vietnam conflict. We used what was left of the GI bill to attend college. The amount we received was about half of our expenses. I worked from midnight to 8 am at a 7/24 telephone office and little bro was a bar bouncer from 6pm until 2am. After graduation, we helped little sister with her tuition. Don’t get me wrong, I am not trying to sell a rags to riches/ hard luck story. I’m just saying if you want an education, you can get it without going in debt or asking for a handout.

Why not cancel all debt? Car loans and mortgages would be a good start. I mean Sen Warren said this would be good for the economy.

That is a true American tail Tanksgt!! The Back bone this country was built on. A dying bread. It is a true shame what has happened to this country over the last couple of decades and the acceleration of it during this Administration.

Not sure how many know this. You can use student loan money for anything you want present day. My first daughter moved out during college and roomed with a friend they both partied, paid rent, car payment, groceries She took out loan upon loan with NO accountability. She graduated and got good grade, but she is up to her ears in debt. The second daughter stayed at the house and was very frugal with loans and we’ve about got her squared away. I don’t believe my first daughter needs debt relief, but he wife is happy about it for our Daughter. Guess take what you can in these times.

I’m with you and Fred, worked 2 jobs after marriage, to get ahead sometimes just surviving to pay off mortgage and other stuff needed, children are expensive!

Nothings free the middle class working grunts are paying for this just like the Obama phones and all the perks for the border jumpers. Thousands of homeless veterans but border jumpers are getting $400 rooms in NYC as you read this.

FJB and his Uniparty

My wife and I busted our butts and saved for years. I drive a 16 year old truck and my wife’s car is 9 years old. We’ve been responsible with our money and lived within our means. We paid for whatever scholarships didn’t cover for our oldest son to go to college and he graduated debt free. Our youngest is now a junior in college and he will graduate debt free. All because we worked hard and saved.

I fail to understand how or why you reward people who willingly took out loans for college and will now get $10,000 free. What next, mortgage forgiveness? Guess we’re screwed, we have no mortgage. How about car loan forgiveness? Nope, no car loans.

We have become a nation of people that aren’t being held responsible for their own actions. We are becoming weak. What most of these pinheads fail to realize is that the government is doing nothing more than trying to buy their vote and that the debt being paid off will ultimately be passed on to them, somewhere down the road. NOTHING is ever free.

The very government that makes laws against feeding wild bears and animals because it makes them dependent, lazy, and then dangerous is wilfully doing this to our young.

I don’t go for that.

I too finished college not owing a dime, thanks to the GI Bill, which I paid dearly for. Even with the GI Bill I kept a job and made my own way the best I could.

You ain’t seen nuttin yet, you’re Biden’s blank check, you will pay for delinquent rent, utilities and food. Get a dose of real news reporting 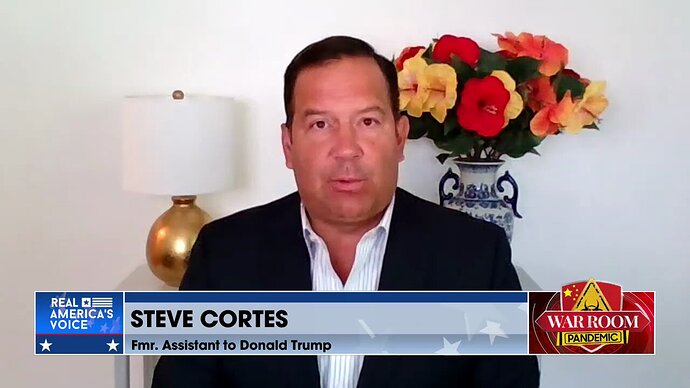 Cortes: The Biden Regime is Creating a Depression that will Destroy American...

Cortes: The Biden Regime is Creating a Depression that will Destroy American Citizens’ Way of Life

Please thank @Bolbie and @Bob_241 for voting for build back better and helping create this catastrophe.

The thing is they get this money and they can use it as a place.
Not just for school. Party party.
And then they get a degree in some BS like gender studies.
Wife’s friend youngest daughter got her RN. Her husband is a physical therapist. Both of them have been working their ass off for the last 3 years… we had Thanksgiving with them last year. They said they only seen each other face to face less than 30 days last year. They’re hoping to have their loans paid off by Christmas this year.

Oh yeah let me throw this out there too.
The VA has cut back on their veterans assistance program. That’s where if you cannot get into the VA in a timely manner they will send you to a civilian doctor. I’ve got some torn muscles in my stomach and a couple of hernias down in my nads. After being diagnosed they said it would be 30 days before I can get in to the urologist. So I opted for the assistance program. They’ve eliminated several of their civilian clinics$$$$$. Almost the same amount of time to get in there.
I guess we’re going to let our vets die again before they can get treatment.

Have been out fishing with @Bob_241 or @Bolbie we are wondering their comments on Biden’s giveaway? 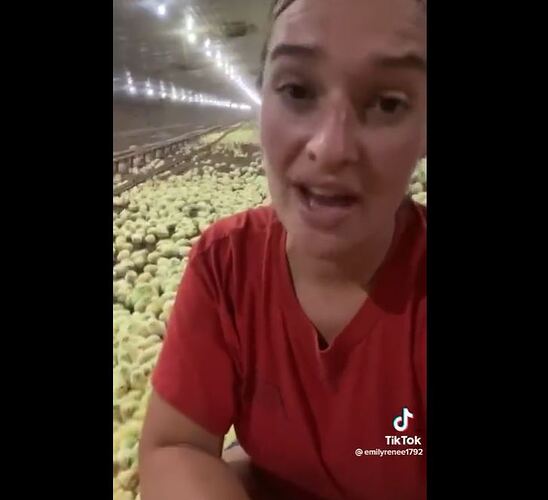 My farm mortgage identifies as a student loan…