Had to move one of the two 330’s yesterday to new bank den entrance I found yesterday due to no catches where I had caught the first. Only about 30’ away, but nice run.

Well, it paid off with this nice one. 44 inches and couple of us feel like it’s 40ish lbs. The 3 year old grand came along with my son, which was awesome. 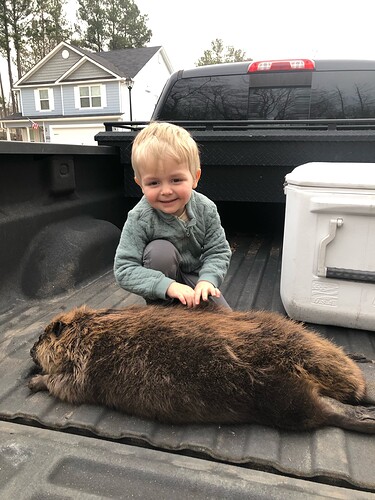 Have had no success in this set, but today made a castor mound on the upside using the castor and bit off poo from the last one…will see. Lottta rain coming. This pic is without the mound, wish would have taken one after. Oh well. 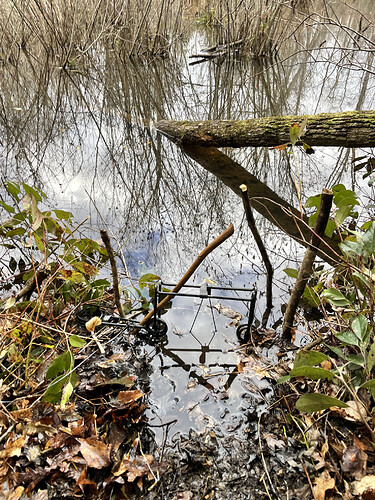 You got the beginning of a good coat.
A few more you’ll be able to dress up like Joe Namath…

Man, that is a chunky one.

Got another one today. Around 30lbs. Put the 330 choke hold on em for a quick end. This was a bank slide set pictured above. Nothing for over a week. Sunday made a castor mound using the glands of that first small beaver, and Bam!

Almost half way to the Joe Namath fur coat, lol.

Some nice castor glands in that 40 pounder…and to think this is used to make perfume…ugh! 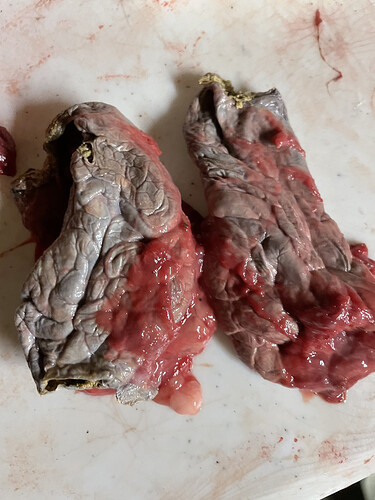 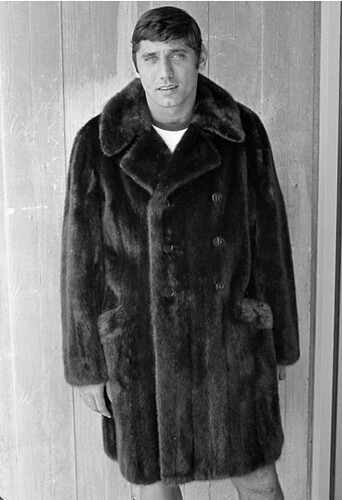 Well, maybe not halfway…Ugh, maybe on a lady. I’m more of a carhart type.

What the heck? That looks disgusting! So where are these glands on a beaver and what do they smell like?

Fred, the oil glands are just above and on each side of vent, next up is the castor glands, then above those are the nuts, if a male. Squeezed a bit out of oil gland and it looked like pus.

Can’t explain smell. Stinks, lol. First pic blow will be Castor glands, and below that will be Oil glands with something in that pic you gotta guess at 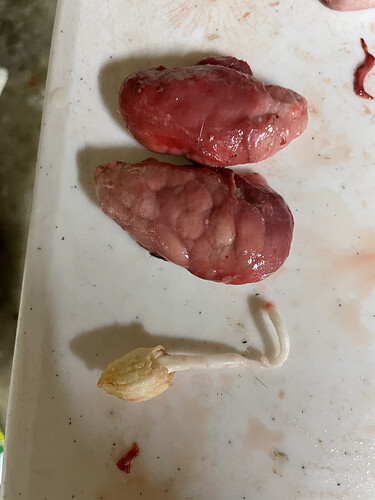 Hey, don’t be making fun of my hero!?! Daggum, is he wearing panty hose too? Besides Broadway Joe’s gonna help me out with my Medicare plan this year!

Evidently if you want to trap one those glands and oils are essential to success from what I’ve heard. Thank you for the explanation and pics!

On a serious note, if you get enough hide to make a coat, who would you get to sow it together? Old gal friend’s Dad in N.D. raised foxes for their hides and had a coat made for her… It was absolutely beautiful!

I was so tired of Joe and JJ. It’s about that time of year again.

No the motor was a Dead soldier.

Fred, two of the three were underwater bank den entrances. I sure a believer of the castor now for above water.

Not sure yet for getting anything made yet.

Also, got a yote last night, The best part is I got it on trail cam video!! 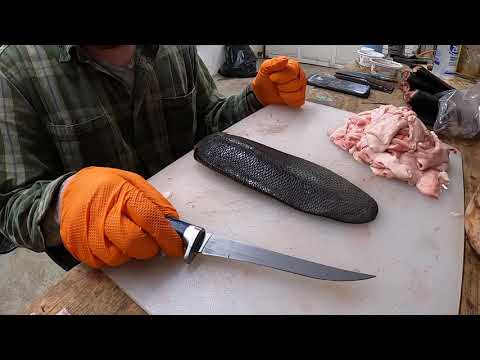 I love seeing that little guy in the truck. Teach em young and teach em right!

So glad they live close. He just turned 3. 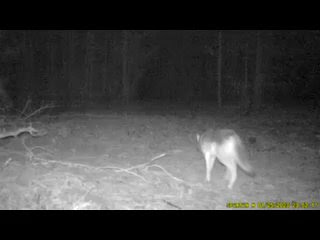 posted for double N See if the link works