Yall see where some pro walleye fishermen got caught loading up their catch with egg sinkers. Dirt bags … 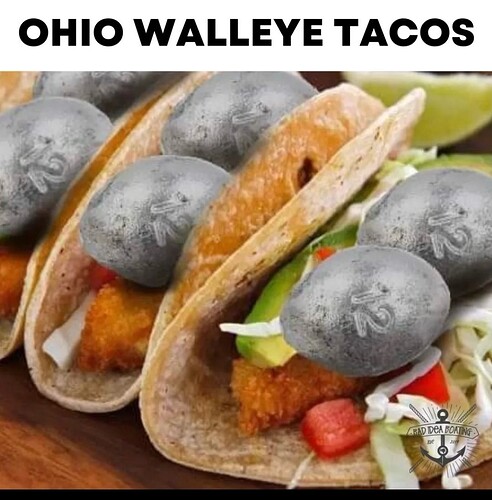 this thing is getting more attention than the sleeze bags that used Epstein’s services to screw little girls.

I believe lucky for them the tournament director is a police officer. He stood up and told everybody to keep your hands off them. Hilarious stuff.

I’ve been wondering when someone was going to bring up Billy Freeman, being Dqd in the Mid Atlantic Billfish Tx, a while back?

Seems that a Mate, unknown to anyone else, on board the “Juben”, filled the fishes gut with fresh water, via its anus. Only to have the stomach fall out of its mouth, while being lifted on the scales.

I never thought of that! Giving a fish an enema!! Once I caught a huge dolphin. We estimated 55 lbs. we wrapped plastic over the gaff wounds and drove back home to get him weighed in for the Trident tournament. he was 1/2 pound short of the 60 pound leading fish . After the weigh in we were driving the boat to dock and a 1pound weight rolled out from under a seat and we all just looked at each other without saying a word