A really good option this time of year if you want to catch a lot, and have a surprisingly technical artificial bite is to target bowfin. They gulp air, a really good adaptation from 40 million years of evolution that lets them survive broiling hot water without missing a beat. Ralph, his son Les, and I had a large time catching some this weekend. My first fish was my biggest blue cat ever - that was a surprise! We used mostly Texas Eye jigs and a variety of Z-Man plastics. It took us a while till we dialed them in, then it was pretty fast action. 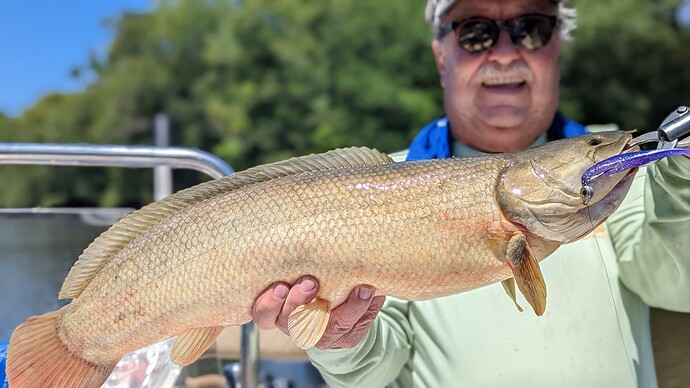 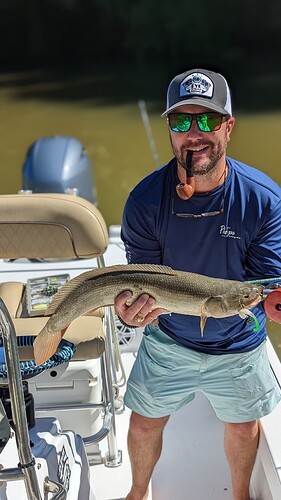 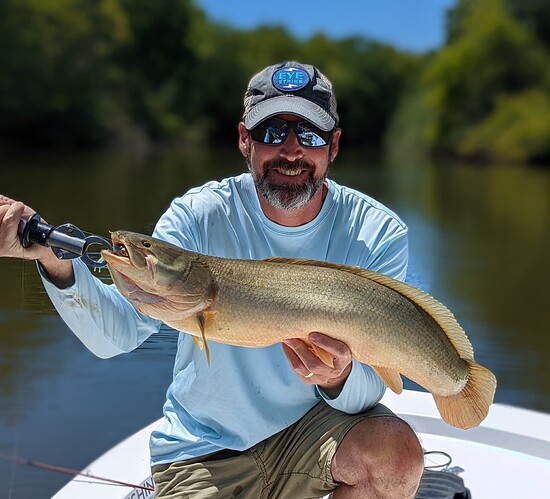 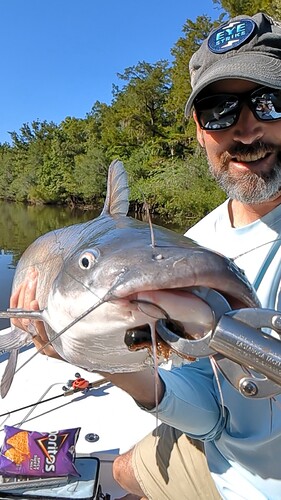 Well, I wouldn’t have believed it without reading it myself right here. That’s wild. Only ever caught one of them, many years back, and it was certainly on accident. Pretty strong to target them and have that sort of success too. Y’all getting bored with the gator trouts?

The catfish come as less of a surprise as the last 2 cats I’ve caught were on a broke back Rapala and the other on a Zman paddle tail/trout eye. They’ll eat whatever comes in front of them, artificials too.

Good stuff Opt. Thanks for the report!

Back in the day we used to take the 6wt to pretty much a rainwater runoff ditch that had mudfish in it. Looked like logs sitting there until you drug a fly in front of them and they started to move. They certainly require movement and flash to get them excited enough to eat. Fun to catch.

This time of year, it’s a really fun change of pace and a lot of action. We started this last year and will probably make it an annual Tom n Huck trip.

I’ve taken flack for this… As long as you get them out of running water they are really good table fair. People always talk about bleeding them out and such. Never could tell a difference one way or the other. If you fillet them and remove the skin do not soak in water the meat will fall apart, just lightly rinse and pat dry. Best IMO is to scale and then fillet, the skin holds the meat together. Very mild flavor. They also do fantastic as a substitute for cat fish in a stew, or salmon patties. Ate a lot of em growing up. If you want the best bait available for them if they ever get lock jaw, try a live crawdad. They like em better than a large mouth bass does. Personally I’ve inadvertently caught more on a spinner bait or rooster tail than a plastic.

For anyone targeting them, do not forget about their gill plates, they will cut the crap out of you if not careful.

There’s a different method for skate aka cow nosed ray 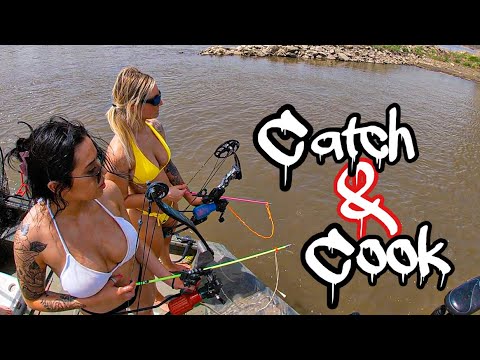 Impressive! But that’s just a weird fish to catch. Looks down right alien from outer space! Did you catch any on the Doritos? Lol. Thanks for sharing!