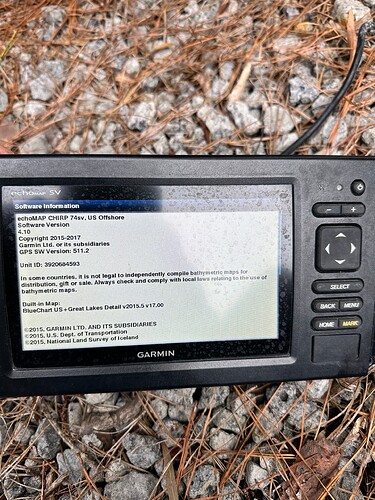 How much $ for the Garmin?

Daaamn I paid 500- 600 for mine plus another couple hundred bucks for the transducer.

It actually has a transducer but the cable was cut and repaired, it works but probably not like new.
I’d rather trade than sell.

if the cable/transducer is included and the splice works, i’d take it for $50 (or trade) and can come get it this weekend.

I’m in, what do you want to trade for?

I was using the Garmin and transducer until I replaced with a larger gps. It also includes the sun cover.
Unfortunately I don’t have a use for a crab trap.

I responded to easy rider through email. I’ll give him a little time to respond then it’s barbawang’s.

Ooops, We must have posted about the same time.

You can take me out of the process, and let Easy, and Barbawang settle it.

Juss happy to see the Swap Shop get rolling again!

Let Barbawang have the Garmin, he deserves a deal for sure.

Barbawang, my number is in the original post. Call or text me about getting it to you.

Would be a significant upgrade…

Eric, I’ll text you here shortly once I get the family fed