I Forgot About These

…they have been hiding a while. Time to pass them along

For the record, I was there long before Moses made the saying about taking stuff from cold dead hands popular for the 2nd time. 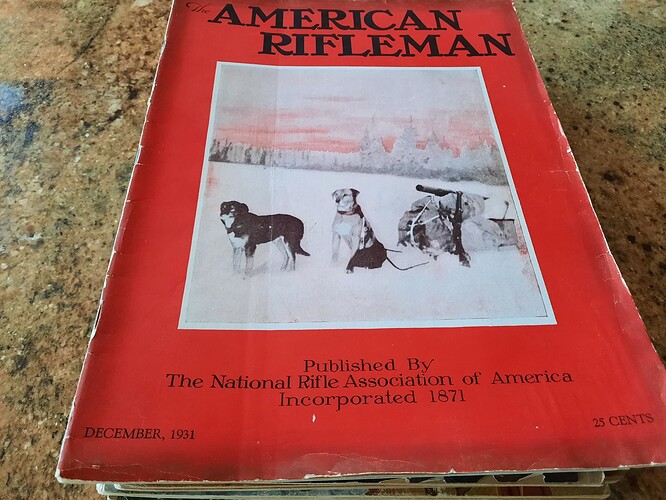 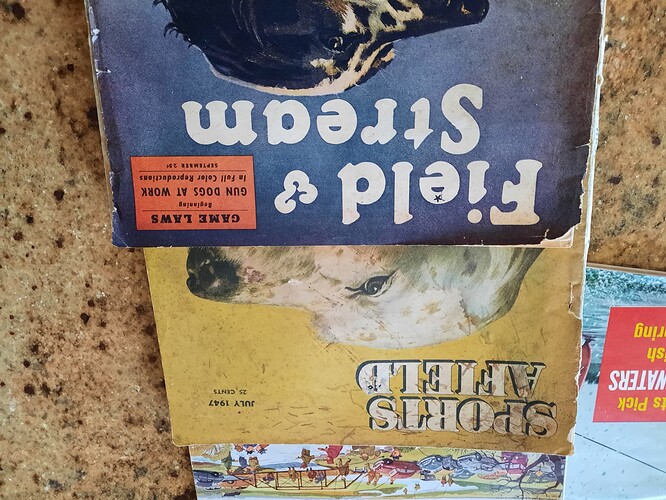 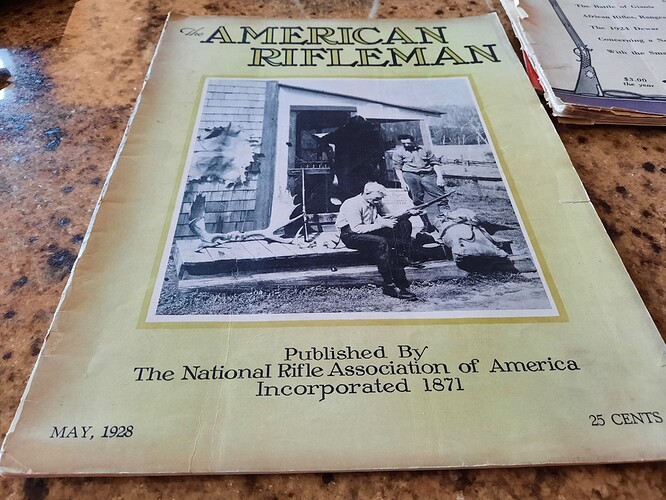 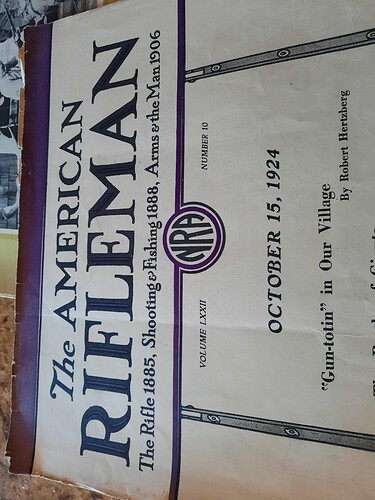 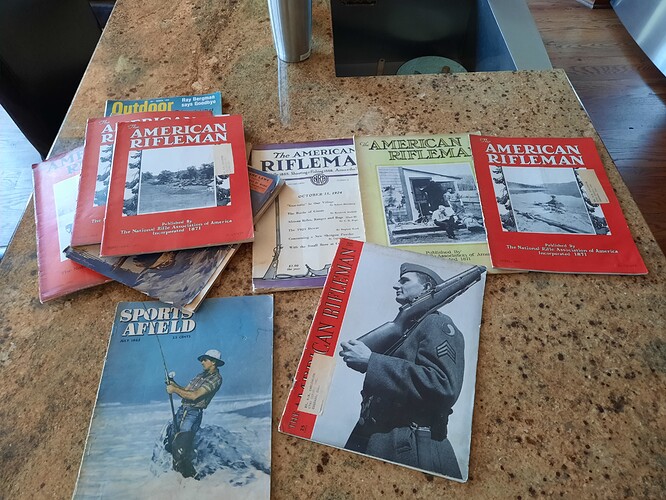 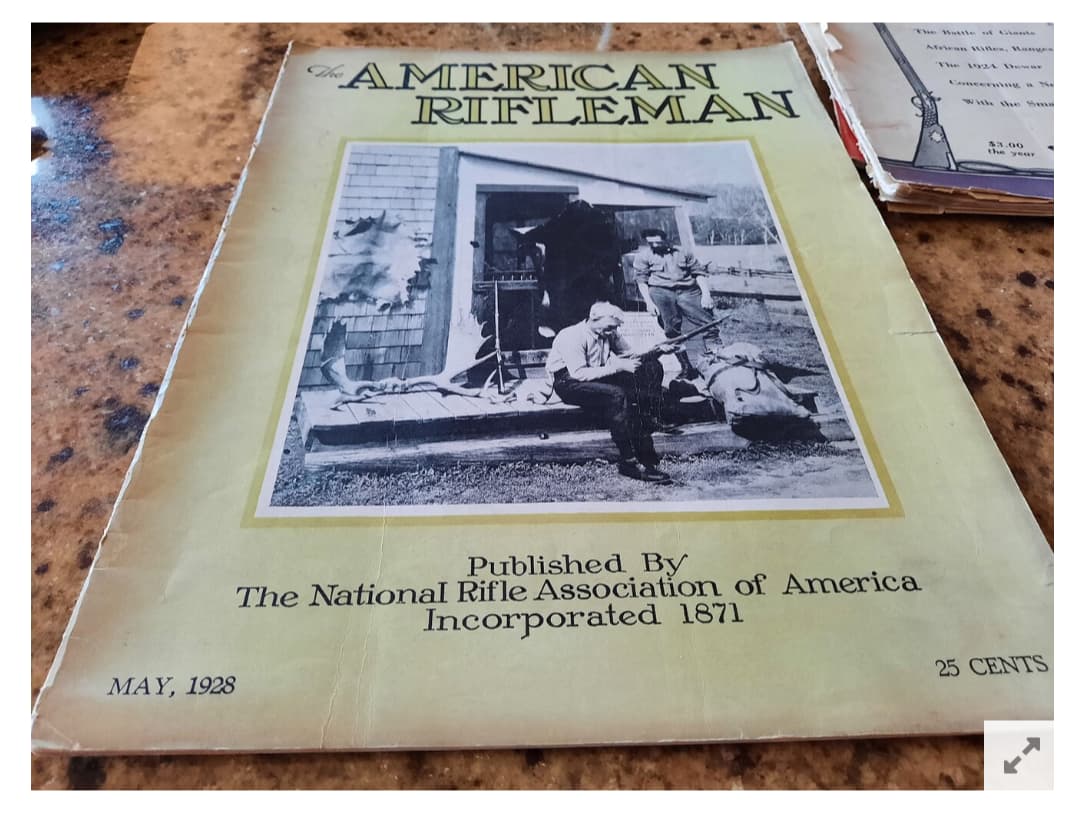 It was towards the end of the roaring 20’s,the pandemic of 1918 was about over and inflation was rampant like it is now.

Then there was stagflation, deflation, and then the depression of the 1930’s.

And then another big worldwide war took place. They didnt know enough (just a few years before) to number the big wars yet.

History has a way of repeating itself, or so I’ve been told.

Just some random thoughts from

Yeah, but it also served as toilet paper back then…

Those are awesome… Thanks for sharing!

I can remember being so excited going to my Granddad’s and hoping he had a new issue so I could read the “true stories” that they ran in the back of the mag where someone would tell their wild tale of catching some huge fish or having a run-in with a bear in the woods. They always had a little illustration to go with the story.

EF, thanks for the flashback!

edit: that was the Field and Stream magazines

Me too. Good times 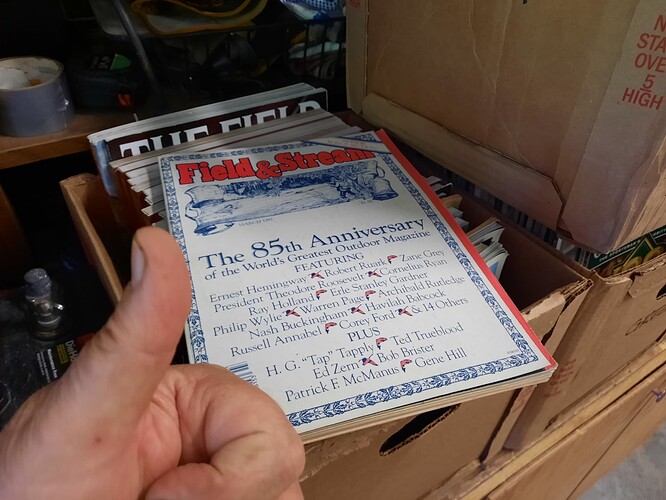 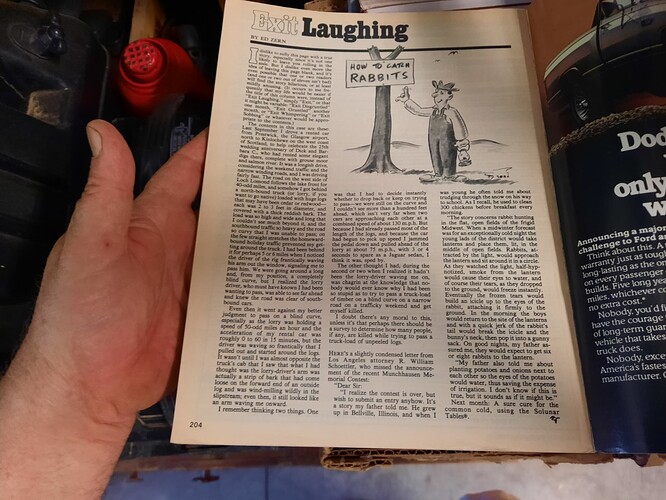 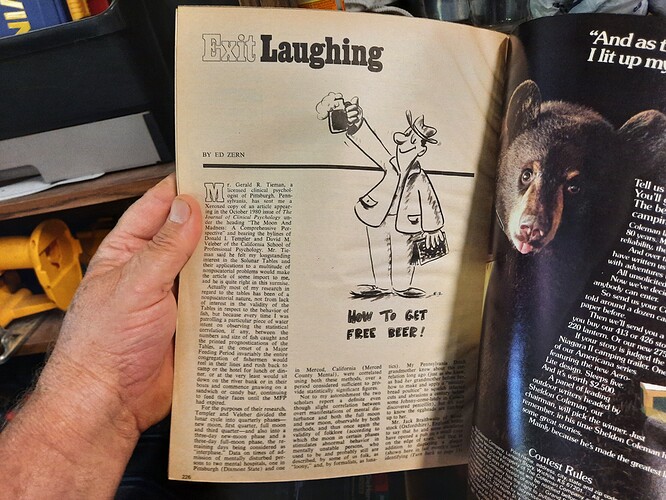 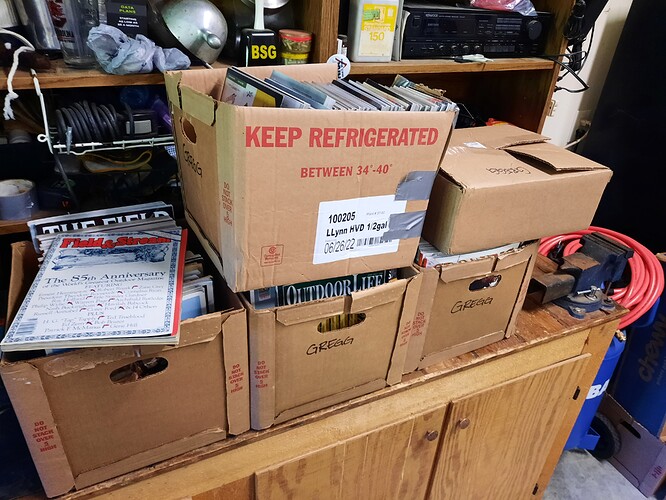 I am taking those boxs in the pic above to my shooting club and let my buddies dig thru them and take some to their kids and grands.

Its a cool club. We do a lot of stuff like hosting several National Sporting Clays Association tourneys and we host the International Bench Rest (IBS) regional and NATIONAL tourneys at our club house. 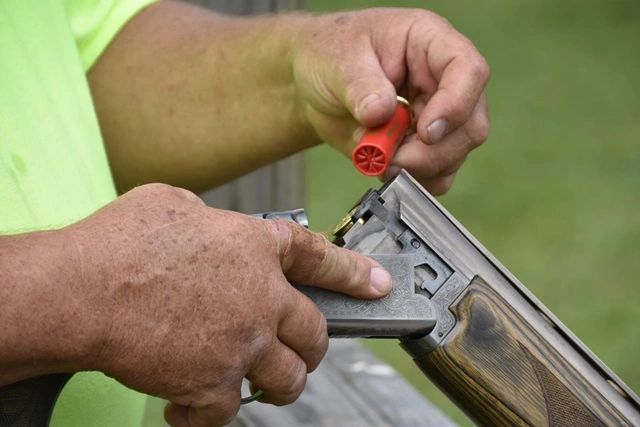 We are a private shooting club with limited enrollment. Our application process has recently changed. See the "Join" page. This Happened To Me. Outdoor Life Magazine

Dude smoking with the sxs is old school, love it

Oh sure, some in the boxs. 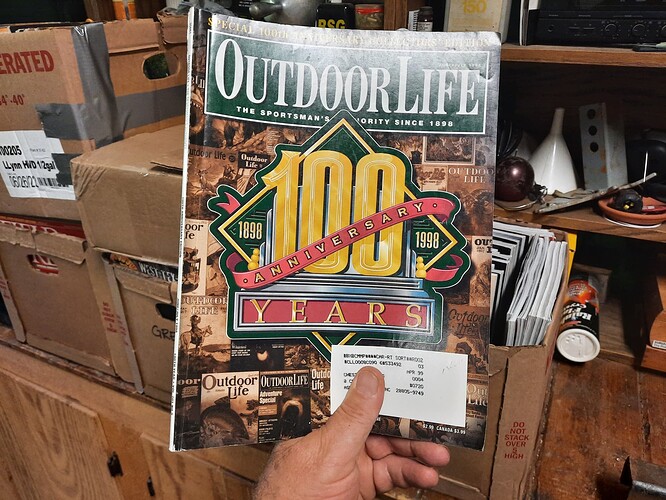