If You Could Go Fishing With

…anyone thats ever been a known member here, who would it be?

Ive caught giant grouper with skinny guys i met here, flashy red snappers with a guy with phins, hopped on trouts with a barbie rod, sold fish with a guy that used to sell fish, and cut out bloodlines with both the brothers, but theres always been a couple guys that I always wanted to gleen a little know-how from.

I think I might have missed my chance, he no longer posts any of his real world knowledge and experience here any more. He fished a lot too.

I always read his reports and info with some anticipation, it was always good stuff, he had the fish patterned so well because he spent so much time close to them. I miss that stuff.

So anyway, If you could go fishing with anyone thats been around here ever, who would it be?

Mines is the 42inchreds guy, never met him. Hate i missed the chance.

I met Paul (Sellsfish) at one of the Oyster Roasts years ago, along with a ton of others. Nice down to earth guy, and I admired his knowledge of Offshore Fishing! So, I think I’d pick him.

Although, the pics 23Sf is posting up lately, Inshore, might sway me a bit.

Thanks to this website, I’ve fished with folks who created world famous tackle brands, world class guides, and a guy with mossy balls.

Was supposed to get out with the Phineous one back when I was a bachelor, before that hogfish and the outriggers, that was my #1 missed opportunity

Cracker Larry and Easy round out my top 3, nuff said

I should have prefaced that with current company excluded

I think what you could learn from JR Waits or Ben Alderman in a day of fishing would be monumental.

If we’re going for entertainment purposes only, I can assure you an outing with Damoons or Fritz would be unforgettable.

I fished with Craig(Off the Chain) after months of texts and phone conversations.If I could do it over i would have gone a long time ago.Great guy and a pleasure to be around.

I’d have to say these guys because they were both interesting, down to earth guys and I have missed them both. Barbawang, for his vast knowledge and Optiker because he’s Optiker would be high on the list. Didn’t say 23sailfish cuz I have and hope to again soon.

I once took Opti gigging years ago. It was the one time I knew more about fishing than him. He’s forgotten more about trout than I’ll ever know.

Cracker Larry. He helped get started fishing salt. Great guy. I never got a chance to meet him either

anyone that can share some knowledge of fishing the jetties or the nearshore reef. I have been wanting to take my boat out there, but have never been. Not sure when to go, how to fish reef or jetty.

Lots of water thru the jetties and it’s usually best to fish there 2 hours either side of slack water. The jetties are difficult when the water is moving fast.

probably 23. i’ve been reading his posts for years now.

My fishing style is best represented by the “blind hog” idiom.

I’ll go fishing with anyone.
If I don’t get to go before long the little fish outside the condo need to be warned. I’m coming for them. 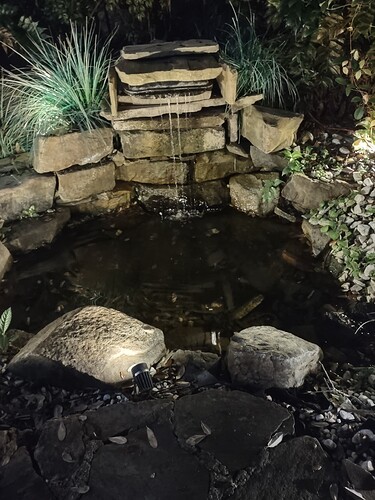 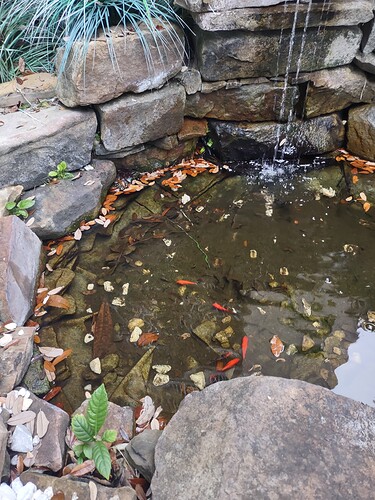 I think it’d be fun to spend the day on the water with Fat rat.
The founder whisperer. 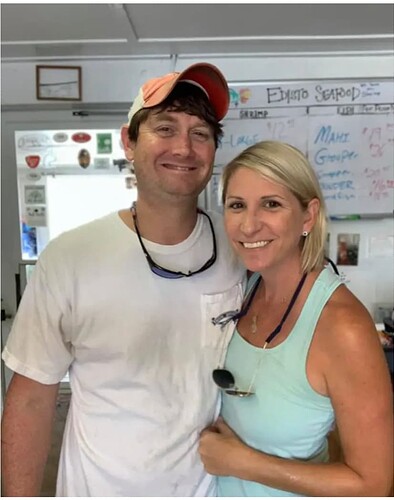 If I could fish again with my friend Whitey that used to own Bees Knees in Mt pleasant We used to meet at 3 30 am and drive the 45 mile trip to search for the edge of the Gulf Stream. Many times we filled the boat with mahi and if they didn’t bite on top we would bottom fish. Lots of fun times. I remember those early days when the auto pilot was a bungie strap. I think we both feel the same way. That ocean has whipped our asses for the last time! Had great times with Dr Bob and Jimmy S and professor Malenko as well. Once fishing with Dr Bob. He was fighting a good fish and it suddenly threw the hook and the rod hit me right between the eyes. Knocked me out cold. But he was a Dr.

Wife had a big dolphin on.
I want to gaff it and forgot to take the stopper off the gaff.
Fell over backwards put a pretty good bump on my noggin…

Those Fantana boys know their way around some seafood

(Jimmy’s not in the picture.)

Ashley’s Missus in the picture.