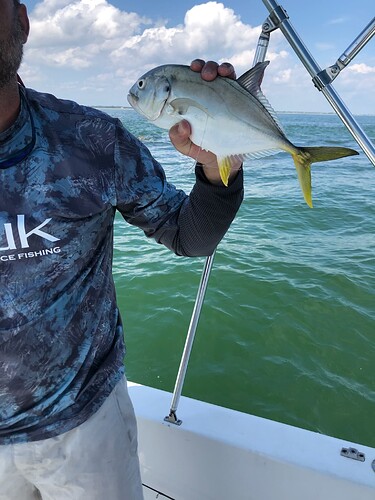 The barb wire tail and yellow fins give it away

Thats a little rocket fighting machine, aka Jack! They are fast and fun!

Dad used to tell me that there were giant schools of jacks in the harbor back in the day. You could get on them like you do the schools of ladyfish/spanish sometimes nowadays. That was in the 70s/80s. I guess all the traffic eventually ran them off, but man that would be some fun sightfishing!

yea those little things were fun to catch. we probably caught 4 or 5. Do we even have pompano around here?

Yep, from about late April to October-ish. Gotta be clear water, many are incidentally caught near the jetties in the fall on shrimp on the bottom.

We also have the occasional permit and palometa 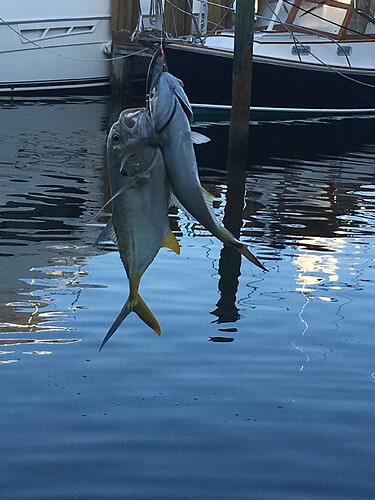 Received a pic from last week of a legit permit(!) caught at the rocks. Sent to two of my DNR friends who agreed.

Yes Sir. Can’t speak for the Charleston area, but the South end of Edisto and even better off the Beach of Otter Island. Sand Fleas or peeled shrimp.