The bite is decent lately. Can’t get any real quality strikes on artificials lately as there is bait everywhere. Tons of mullet, mudders, and now the great sized fishing shrimp have shown up in good numbers in the Stono. Smaller reds are coming on shrimp, bottom or cork doesn’t seem to matter. The overslots are coming on cut crab on the bottom. Mullet work, but are not the preferred bait for me it seems. Cut crab outfishes the other stuff right now 3 to 1.

Catch the shrimp on mudflats near creekmouths before the the water touches the grass. Once the water is in the marsh, there’s a million places for the shrimp to hide.

On a secondary note, I’ve looked for tailers over the last few weeks in the Stono and have not seen much. My best day I saw four up on the flat, but they were all cruising and not actively tailing. Hard marsh grass edges are holding fish when there’s about a foot of water on them. Don’t be afraid to throw a bait into the marsh grass edge. The reds like to follow that line.

Get out there and get you some! 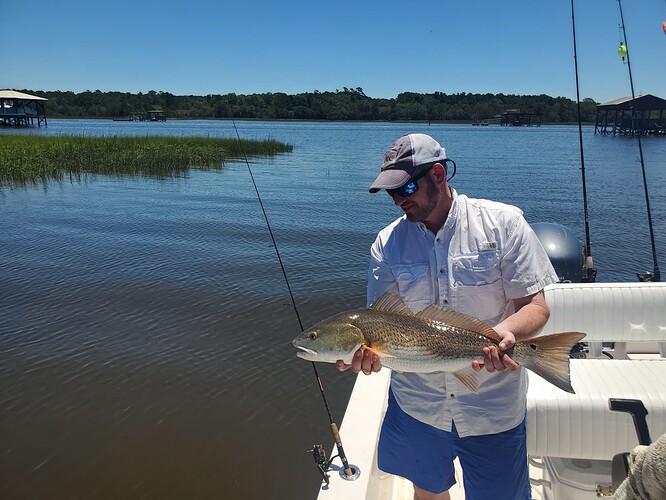 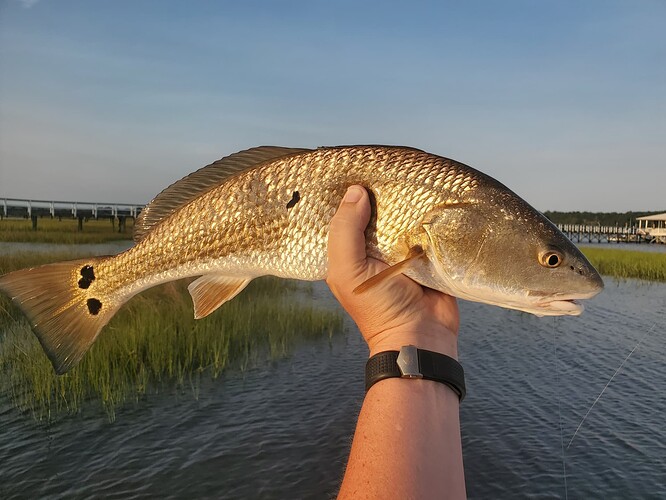 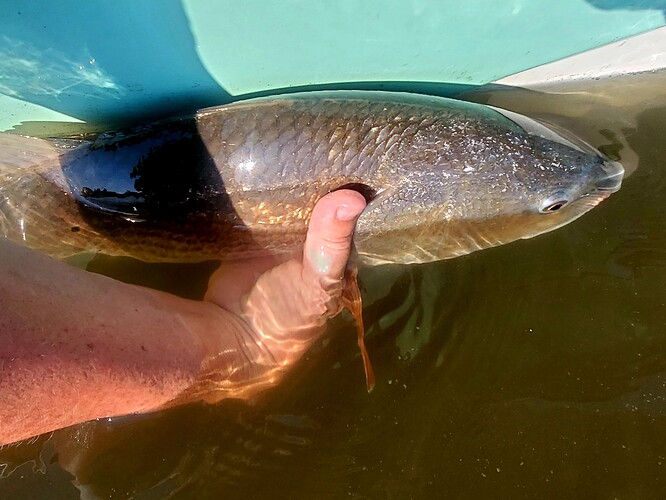 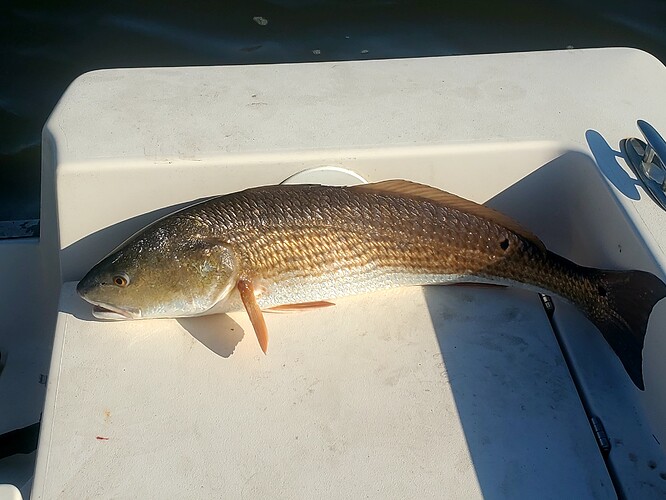 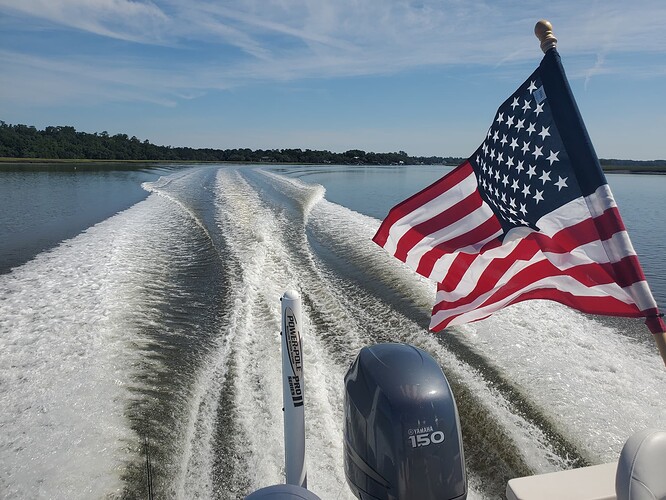 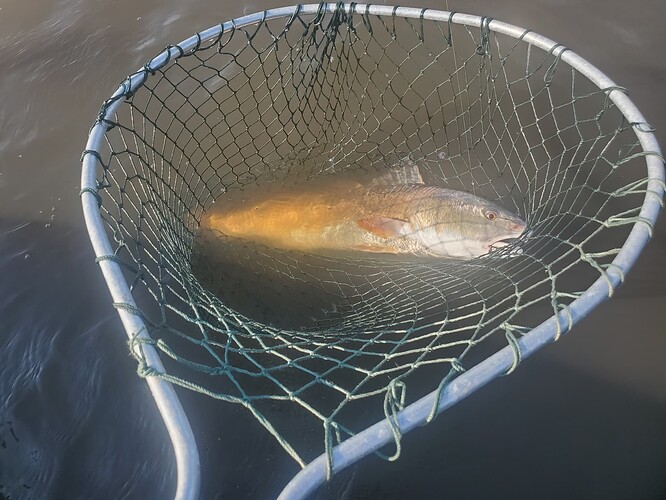 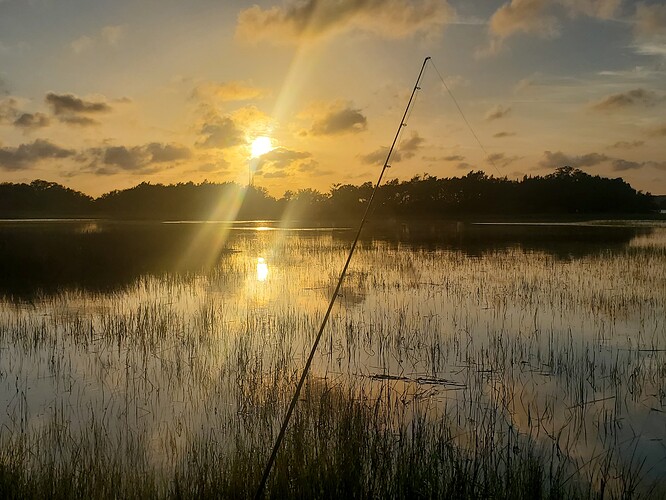 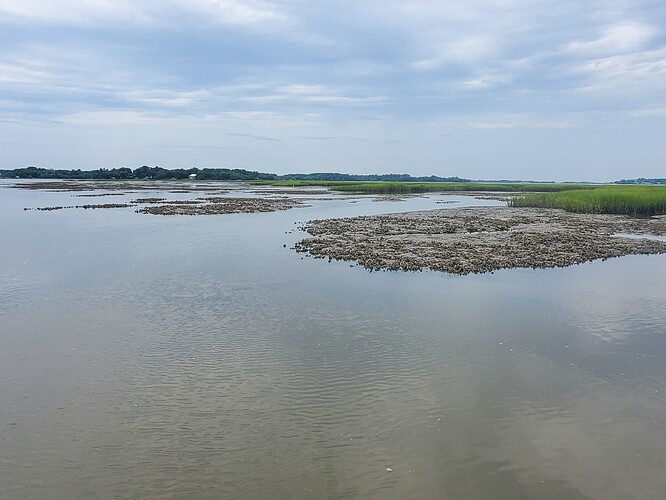 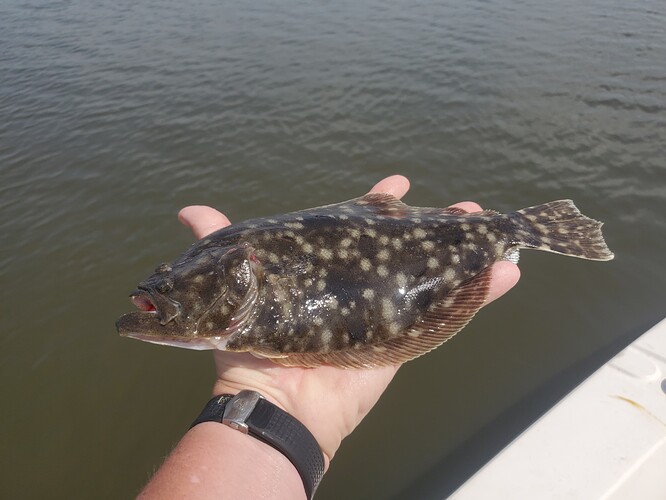 Lots of reds crushingbait shallow. Couldn’t get to them before they moved on

Glad you are catching them Ricky. We’ve been shore fishing down here, a little crab, some cut mullet and some mudders. No luck like you are having but, enjoying being out. Realized that I haven’t fished in SC in about 2 years and haven’t thrown a cast net longer that that until Sunday. Will try and get down your way soon when Connor’s schedule allows. Don’t catch all of them. 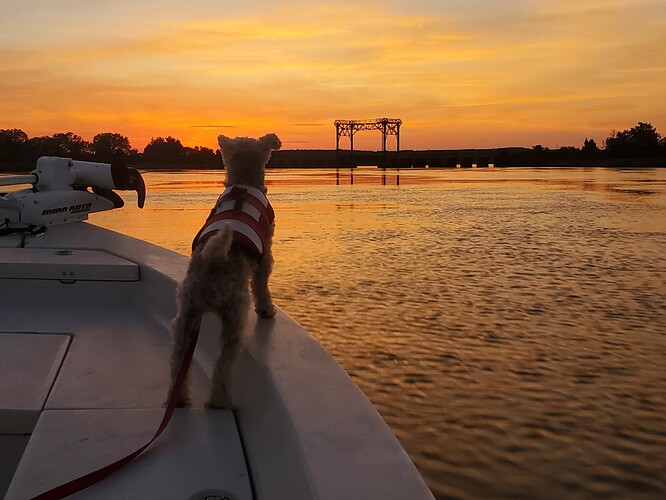 That’s what I’m talking about man