Penn Battle not so good 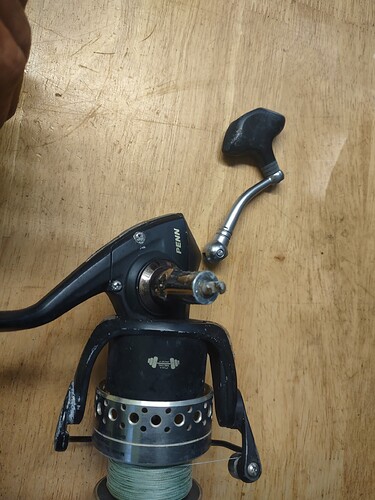 I have six of these. They’re all less than 2 years old. And I’m pretty good about rinsing them off. And it’s not like I’m using them offshore and I get a lot of salt spray on them.
I have 2 more that the handles are getting loose just like this one did before it broke.
And as far as customer support with pen they suck. Pretty sure I’ll never buy another pen product.

Wow, i have multiple Penn Battle & Fierce for a long time & have only had an issue with one. My son sat it down in salt water for 15 minutes or so, it was done after that.

Last couple reels I bought were the Daiwa BGs, they cost a little more but are smoother. I went for Penn but tackle shop had them on sale so I gave them a try. So far I have been pleased.

When I was a kid, Penn was it but, they do not seem to hold up cosmetically from my experience. I have a couple with peeling paint, etc. I have had good luck with Shimano and Okuma myself.

I have several older Penn’s, that are work horses. Trying some newer Okuma stuff now. So far, for the $ I’m happy.

Penn rods have been made in China for 20 years along with most of their spinning stuff. I’m pretty sure the last I read on it, just the Internationals and the Senators were still made in the US. That could have changed with Covid, I don’t know, but quality seems to have been going down for years. That being said, I own several Battles and have only broken two rods this year, both of which were my fault.

But I’m not surprised they’re breaking.

And true, my older penns are battle tested and great.

I also have a Fin Nor that has not seen a lot of use but so far I really like it.

I second the shimano. I’ve got 5 shimano reels of different sizes and have been happy for many years. I have one i still use that my dad bought me back in college. I have one Penn Battle, and it’s been OK, but I love shimano.

Noticed corrosion in the picture around the screw & at the bail.

That looks like a first Gen Battle and I’m surprised the powder coating is in as good of shape as it is. They were known for corrosion issues. We used to have a Penn Rep on here who chimed in on these several years back. How did the handle break though? I still have 2 of the originals that are collecting dust if you’d like I’d come off of it for little to nothing. My Spinfisher V’s have been bulletproof! Only down side to those is how cold they get in the winter

I think the Penn Rep. was Chef Jim? I bought a refurbished,1942, Penn Squidder from him several years ago, as a Christmas gift, for my daughter. It’s powder coated pink. You won’t believe the looks I get when I bring it onto the pier. Amazing, the sharks that reel has caught!

I finally found the rest of my charts. 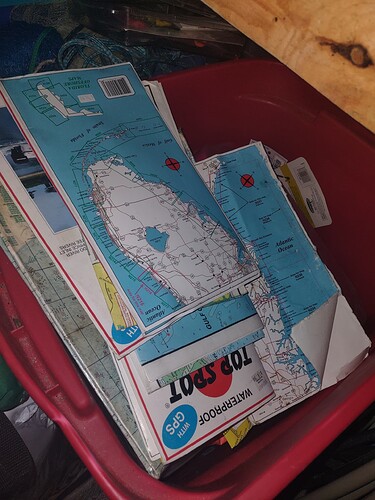 Shimano World HQ are right here in Charleston. You can even go there, walk in, and usually they can fix your reel while you wait. I’m a big fan of Shimano reels.

Have an old Shimano Spheros I love. Looked at the new Spheros SW and the build felt really cheap. Bought a Spinfisher VI instead. What Shimano model do y’all like. And don’t say Stella.

My favorite is the old white Stradic. I have two Stradics and a few others, but that Stradic I have only oiled every third season or so and it’s beat up looking but works probably just as good as it did when it was bought back in like 2000 or 2001. I will use it another 20 years if it will go that far.

old white stradics are awesome, as are older spheros

used to be almost all penn, then went to symetres after disappointment in metal bodied penns as well. now i have 3 or 4 generations of stradics. still have a couple older graphite spinfishers that are holding up.

ditto on the gen 1 battles, i got a combo on sale and it froze up after less than 6 months of gentle use 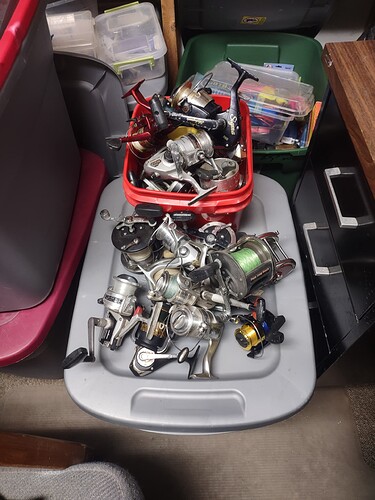