Hit the Cooper before sun up on Saturday and had some action almost immediately. 3rd cast and had a good trout participation. I was throwing a clear super spook jr and it seemed to be better than the bone rattlin spook my buddy was throwing. I caught trout, baby bluefish and a lady fish that somehow got all 3 hooks from a treble in its mouth. He got goose egged this time. Then as the sun came over the trees the bite stopped completely. Then we saw some mother nature at its finest as the spottail were bulldogging the shrimp in the grass. And I dont mean regular flats grass type, I’m talking 3ft out of the water grass gettting paths pushed in it from the fish. It was Crouching Fisher Hidden Reddrum bamboo type foliage and they put on a show for 15 min or so. Never even casted, just watched. Was no way to get a bait or lure to them anyway. So then we decide to go back in the chocolate milk creeks some and try the crab we drug to the boat with the cut ladyfish and mullet. Fished a few new spots and my buddy had one drag screamer take a quartered crab chunck but came unhooked on the texas eye jig… yea, a jig… oh well. Better luck next time. Back home cleaned up and hanging dryway by lunch! 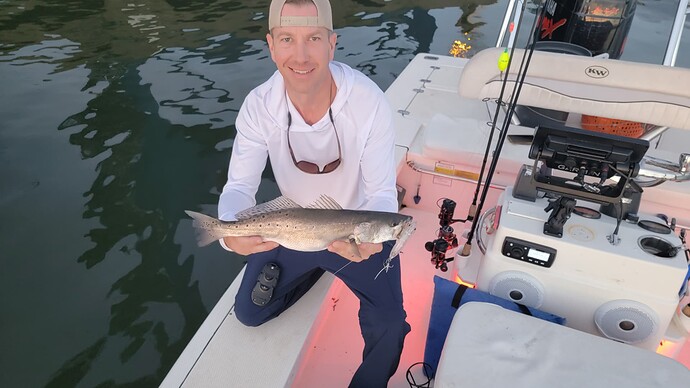 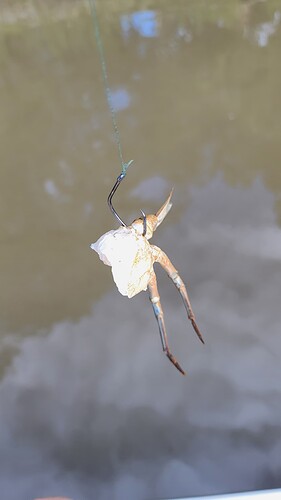 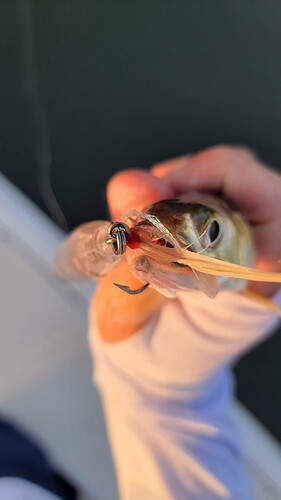 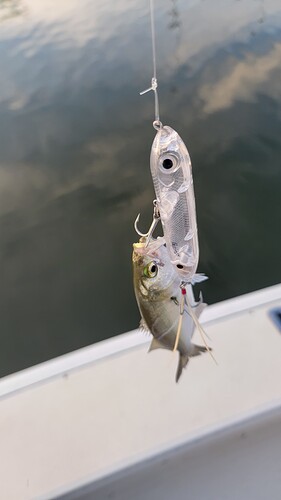 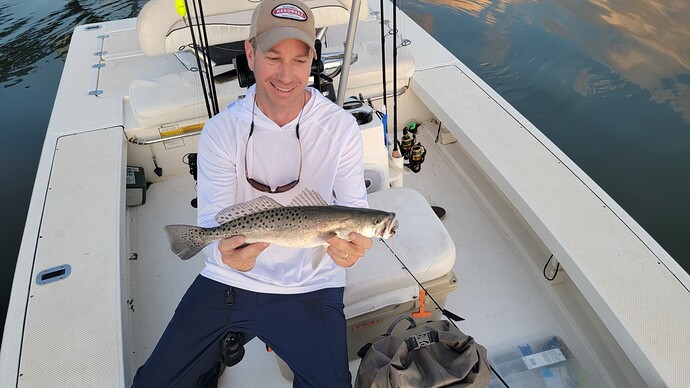 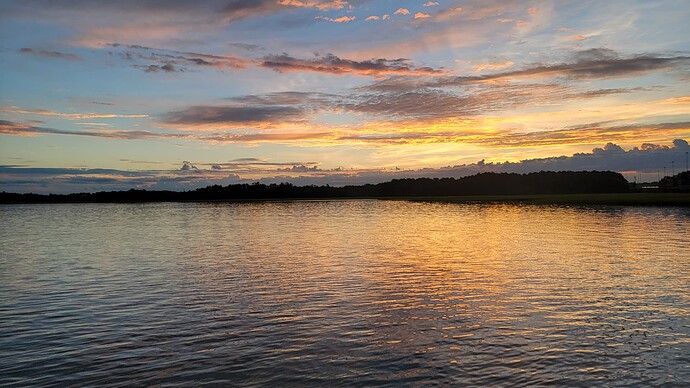 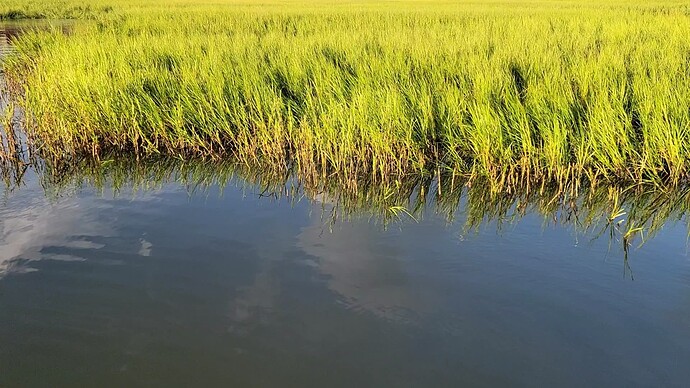 nice report, sent you a PM too

Got Red, White, and Blue! 'Merica

Topwater around these parts has been starting to get better. Non existant a month ago, but starting to get trout swiping in the last few weeks. Still kind of lazy swipes, but at least its happening now. I’m going to go try tonight at a few fishy spots.

Thanks for the pictures, and report!

I always did the best from dawn until 7 or 730ish. I just assumed they were grabbing low hanging fruit for breakfast.

I think the sun hurts their eyeballs. I never done any good with top water trout until opti recommended using a rapala skitterwalker.

Bone color spook is a killer in my creek in the fall.

My guess iis the temperature. It was noticeably cooler water up on the flat with all that rain run off. At least 8° cooler, mids 70’s. And that old thing about shrimp being run off by the rain didnt hold true either… had a manatee slip by us as we were leaving as it was making shrimp skip its whole course haha

Manatee in Charleston, WOW, only seen those in Fla. personally, beautiful sight, prehistoric like.

I’ve gotten up waaay early a few times to try some topwater and it always seems they don’t start hitting until the sky starts to brighten. Then slows down once the sun gets above the trees. In my experience anyway. My personal favorite is the Rapala SkitterV. If you haven’t tried it, then try it

Funny thing though, in other parts of the country, they don’t respond to that plug like they do in Charleston. I find that really interesting. Good day of catching, Stump, as usual.

We have seen more and more manatee’s up here at Pimlico than normal, DNR might need to start putting out signs.