TRY to act as a professional

This is what you get for threatening a convenience store clerk? 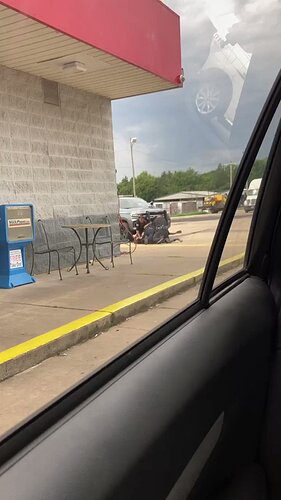 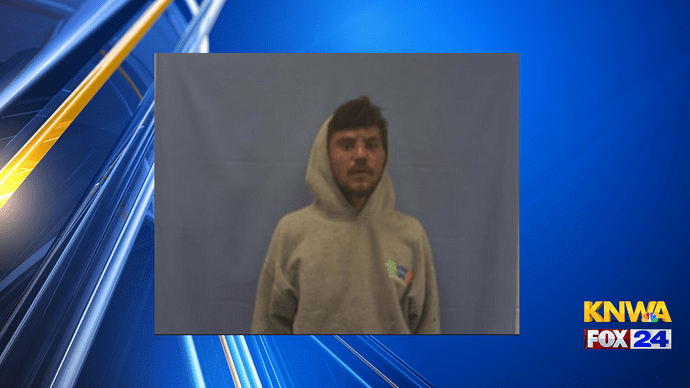 Three Arkansas officers suspended and under investigation after video shows...

Crawford County Sherriff James Damante has confirmed that one Mulberry Police officer and two deputies were shown in the video. 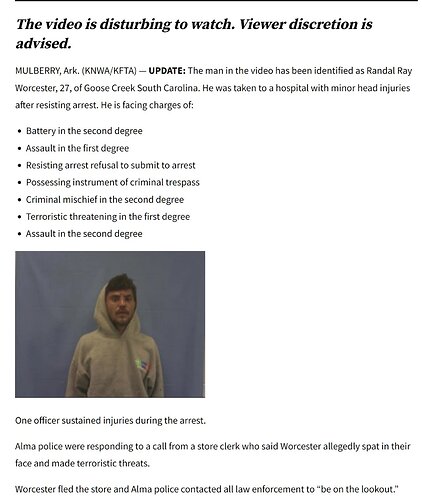 Somehow it does not bother me when a criminal resisting arrest gets his arse whooped.

Somehow it does not bother me when a criminal resisting arrest gets his arse whooped.

Looks like he’s fighting back to me.
Taser Taser Taser

His booking info listed him as 5’9" 145, clearly the 3 piglets ATTEMPTING to cuff him were overpowered! Sad that 3 cops cant cuff a skinny dude, while he’s on the ground.

Now, Randal Worcester will sue the piss out of Arkansas police department for million$ , for using excessive force and not following proper procedure. He’s probably going to write a book as well.

Thank the lawdy for good Samaritans!

so you are saying a skinny dude is weak? I know a lot of skinny dudes that would over power many large dudes. At one time I was that skinny dude and in quite good shape. Under a 5 min. mile and not many could compete with me. Not now, but I still love a fried pork chop. Just don’t eat them too often. Robert I know where you are coming from… Looks like the cops are bad guys, but take a breath and look at what they have to deal with in these Idiots. All old boy had to do was go limp and comply. But he chose not to and paid the price of getting his arse whooped. F him! got what he deserved.

No Kenny, I’m saying the 3 little pigs trying to apprehend the dude are weak….probably scared as well, surprised they didn’t pump him full of lead!

Chances are if you obey the police you’re not going to get your azz whooped.
Again poorly trained police officers.
There are several different holds that can be used to seduce someone. Obviously none of the 3 officers know anything about that.
Unfortunately for the officers they’ve already been tried and found guilty in the court of public opinion.

There are several different holds that can be used to seduce someone. Obviously none of the 3 officers know anything about that.

Pffft. with holds, guns, knives… I have a picture of my mother-in-law, and I’m not afraid to use it…

Then I owe you an apology. I Took this for you thinking the officers were using excessive force. I could agree those officers look like they could have used some more training to subdue him quicker. When the thug refused to keep still A good tazzing might have done the trick. I don’t think that was a pumped full of lead situation. But that would have been a solution to keeping this thug out of tax payers money incarcerating him.

I find it terrible that so much disrespect for our Lawofficers is in the streets. Yes sir, no sir, what can I do to comply officer?, hands on the wheel… Sure thing Mr. Officer… what has happened to that? many of the videos you see, it’s like the suspect is trying to get a rise out of the officers. Shameful.