Y'all ever refill those

I watched a couple of YouTube vids, and it appears they may have the 20lb one (older) that does not have that safety valve in it. They flip the bottle upside down to fill, and don’t think that will work nowadays, or will it??

Perhaps flipping tank causing liquid propane on that end would stop it from blocking the flow???

Thanks in advance
NN

Never tried that, but I’ve put lots of anhydrous ammonia on corn where you off load a 2 ton wagon into a 500 lb applicator and it’s all about pressure. You have to open a pressure release valve on the tank you’re trying to fill so the liquid will run to the lower pressure.

You know stuff, for sure and appreciate it. I sent you a mail in ballot for, lol, never mind…joke libs…

The vids I watched actually have those newer 3 leaf looking knobs vs the old round ones, so apparently it will work.

Should not block the transfer of the liquid propane to the smaller bottle. And I have a scale…

One pound has really gone up over last few years

Good luck be careful goggles are your friend

That’s right, there is still pressure above the liquid when inverted, using that to push liquid into the smaller bottle.

Just gotta keep an eye on the weight being added to MT bottle. Check the bottle first for no pressure. Weigh it, then don’t exceed 1lb added. Doesn’t happen fast, which is a good thing.

In closing, when I would get a bottle filled at a place in BFT, they would just open the small vent screw on top and go till it was spewing vapors big time before they would cut it off…sheesh.

That was a first.

They make refillable 1 lb bottles now, i think you can get them on Amazon.

I have refilled quite a few from a twenty pound can. It helps to have a set of medical forceps. Use them to pull on the overpressure valve of the small bottle. That makes filling very quick. If you live near Beaufort I will lend you my “rig” for refilling.

The wife picked up 4 packs at Walmart for $9.99 a couple months ago.
They had 5 packs on the shelf she got them all.

I have an adapter for our little camping grill so I can use 20 lb bottle instead of the 1 pounders .

I fill them all the time with an adapter I purchased from AMAZON
Amazon.com : GASPRO Propane Refill Adapter, Fill 1 Pound Bottles from 20lb Tank, Easy to Use, Solid Brass : Patio, Lawn & Garden

You put the smaller tanks in the freezer for a little bit and that is what helps the gas move from the big tank to your smaller tank. I checked the weights of the 1lb bottle before and after filling. Works well for me. 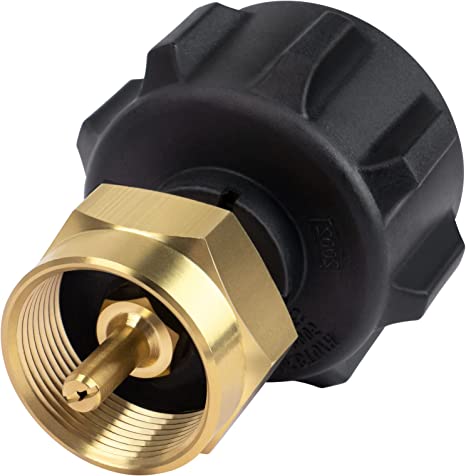 Thanks to All for the replies!

Those refillable ones on Amazon are 80 but for one empty one, Yikes!

Tank, no longer in Bft, but very cool offer.

Gonna jump on Amazon and order what Fritz posted.

Oh yeah, OTC, I have same thing you mentioned, but big tank is not gonna work in some places I need it… 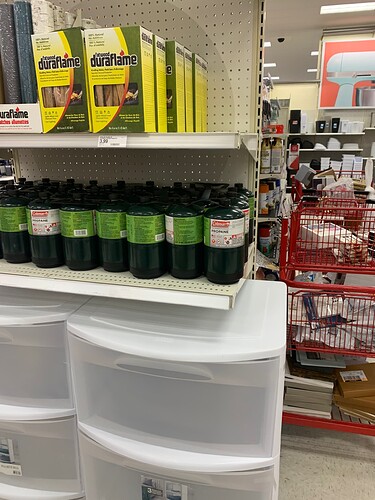