So my buddy apparently has a smart phone…just not smart enough to set the alarm correctly in order to head out and take a severe but whoopin’ by a 13 year old youngen! No show doesn’t stop this girl, she said even in the rain we rolling out to make them boys pout!!! Finally got the bait situation under better management this go round and i started blacking out that livewell. When them big sharks showed up she had 30-50 minute fights after fights after fights with literally zero to 3 minute breaks between fish. She had a couple doubles and one triple on by herself with all fish ranging between 24-30 lbs. She had more cut leaders today than i care to brag about but her 2nd to the last shark was too big to get in the boat safely so he was released after getting the hook free and he was pushing 45 lbs. Her last shark 2 minutes later after that 50 minute battle is another over 6.5 footer that wrapped the line around him so many times after coming airborne 8 times it cut the line. He was on the light end of 65 lbs plus. She officially said she was wore slap out. After she had been battling for hours she let me bring in a 38 pounder!
I enjoyed watching this youngen run laps around the boat, over and under anchor ropes, around and around the motor, and over and under rods…exhausting but well worth the memories!!! 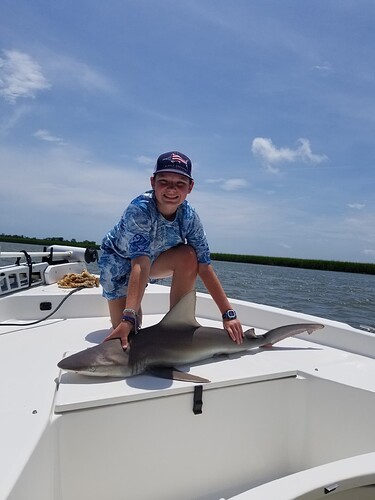 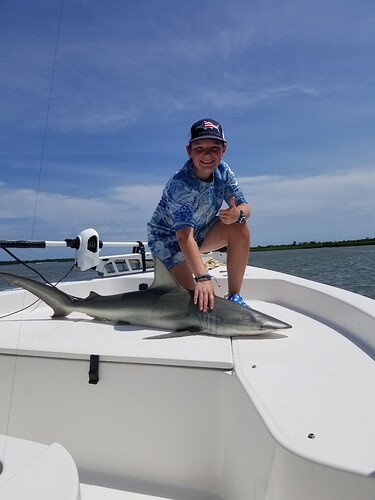 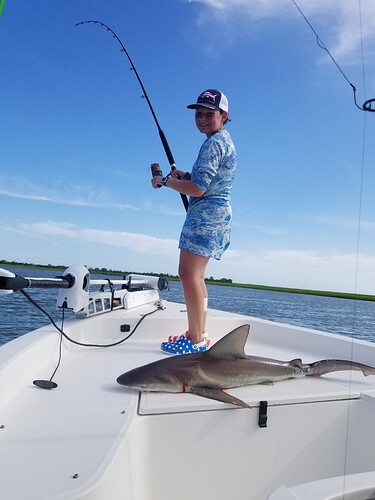 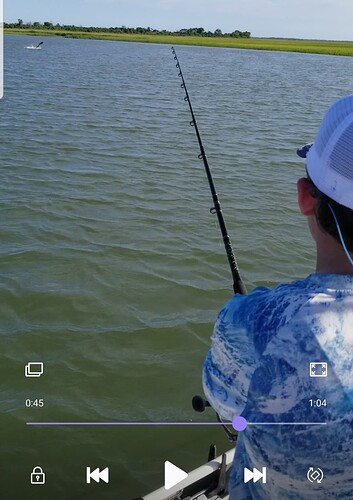 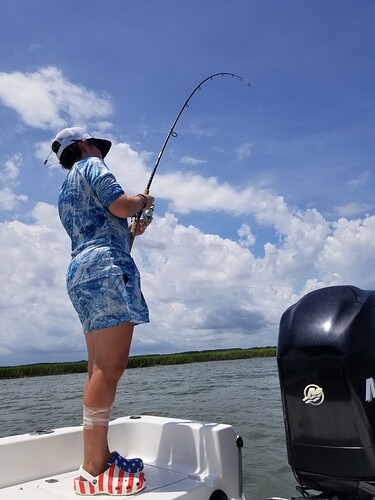 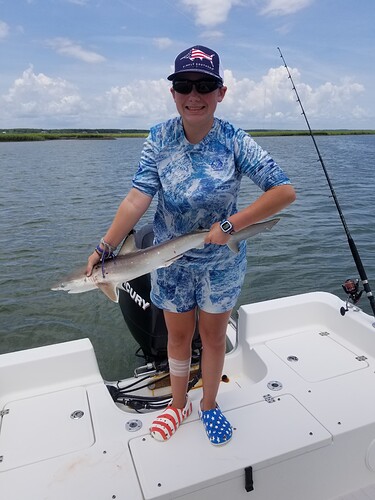 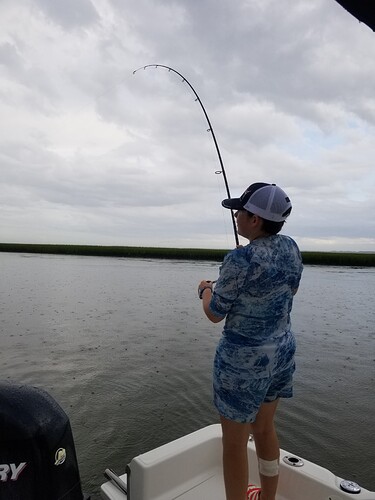 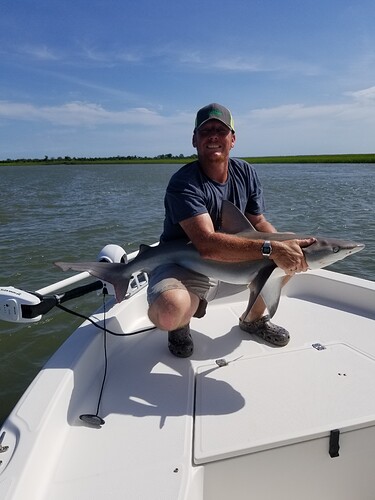 I sure do enjoy reading your reports and seeing the pics.

Thanks for taking the time to spend with your girl, and too for sharing with us.

Wow! Just impressive yall! Thats how to have a great day on the water! X2 on what EF said too. Keep up the good work, it is definitely appreciated

My wife’s got a shirt that would be very appropriate for her.

Yeah I fish like a girl.
You want a lesson??