Got out yesterday with the usual suspect. My 7 year old. Arrived on the beach just before 430am and got rain poured on us for about an hour. My son, not sure what to do asks are we still fishing. I ask if he sees lighting. He said no. So game on it was.

High tide was around 05:40. There was lots of bait (mullet) in the surf even at high tide. So, that made me optimistic on bait being accessible going forward for the rest of the warm months we have remaining. Anyways…

Started fishing the small part of incoming tide we had left and had no luck outside of one skate on a live shrimp I caught in the surf. The Pin fish were destroying everything that hit the water. So, we trooped on and continued to fish throughout the swarms of bait stealers and mullet belly eaters.

Thirty minutes after the tide turned the bite picked up and I managed to land 2 short flounders back to back. That was pretty much it up until sunrise when my son landed a nice blue (nice for SC anyways). He was ecstatic per usual and decided he was keeping a points list of who was going to catch more fish throughout the day.

We continued to fish on through 11am and managed to catch another 4 flounder. At this point, I had cut up some mullet to put on my “big pole” as my son calls it, to try for a redfish for him to fight. Instead, the pole gets hit and it ended up being a 20" trout.

Then the surprise happened. My wife and other two kids (13 year old who hates outside and 6 month old) showed up. It was nice to see my wife who quote, “I just really hate the sand at the beach afterwards” bring my 6 month on his first beach trip.

We continued to fish up until around 2:30 and actually managed to land 2 more flounder and watched my son miss another 4 or 5 as he was reeling them in because they didn’t fully have the bait.

Here are some pictures from the day and a couple of pictures of having my baby touching flounder for the first time to give him a little taste of what we’ll be doing in years to come when he’s old enough. Hopefully, the fishery there is still sustainable as I catch and release everything in hopes of that. 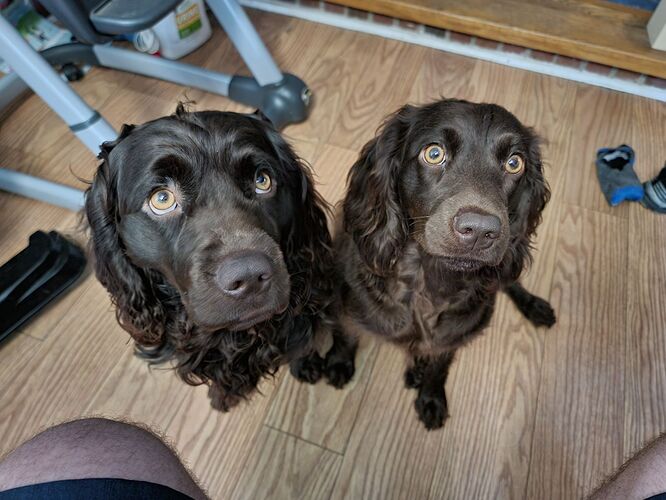 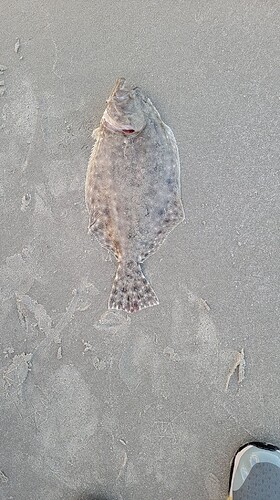 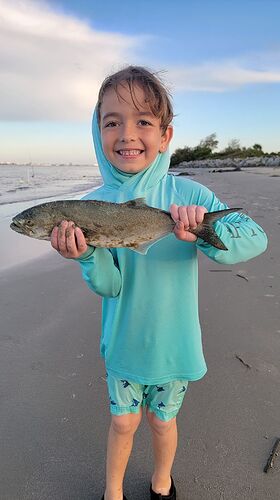 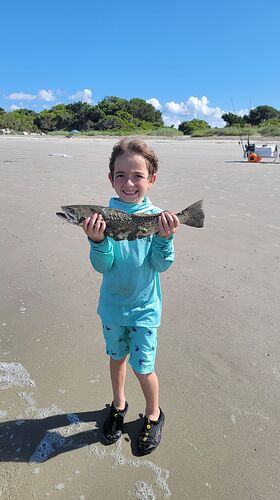 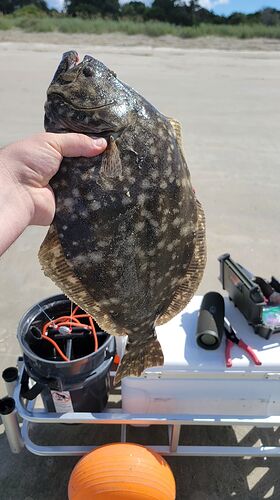 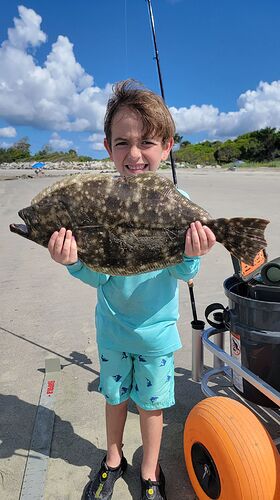 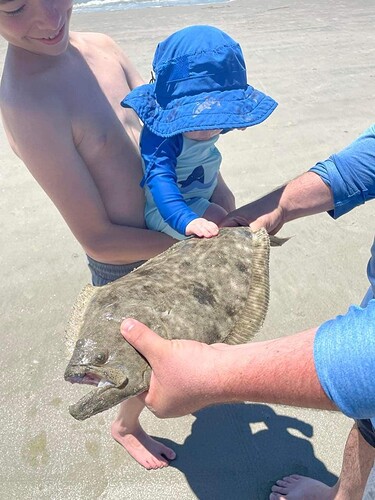 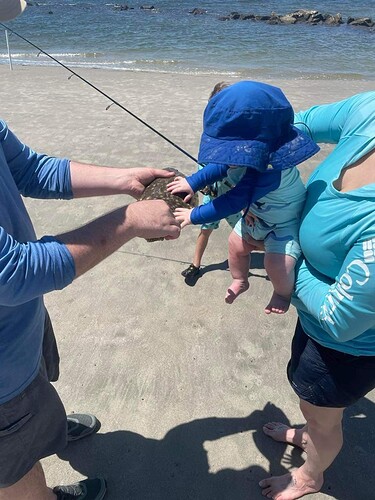 Awesome report and you picked up some good eatin! Definately good memory’s for the kids.

Love everything about it!

Thank you for this report, I was smiling the entire time reading it… I’m optimistic about this fall as well

Keep up the good work Pop

Man, you’re dialing in on the flounder!

Nice! Will you be my dad? Lol! Great work @RedFishTailing ! Keep them on the water!