For the hard of hearing

Or those that just like louder tv volume. I got a pair this summer and it is one of the better things I’ve got for myself in a while. It has a setting that decreases on screen back ground noise and music enhancing voice conversations. I’ve got where I can barely understand what’s being said in a lot of shows. this thing is nice! And you can turn it up as loud as you want and the wife doesn’t hear a thing. She can go to bed and you can blare the T.V. also has ability for blue tooth for Pandora and such.

I have an appointment with audiology Thursday. Time to get the hearing aids adjusted. I don’t wear them very often.
Sometimes it’s nice to be about half deaf. It’s kind of nice going into Lowe’s or Walmart and not here all the junk that goes on around you.
Some headphones look pretty cool. That’s what gets me is the music and background noise on TV.

Me too, the programs with no music or traffic noise etc. I have no problem with.

I do have ringing constantly, worse when tired or feeling weak.

I have been tested several times by Hearing aid dealers, never by an ear specialist. That is my next stop, before aids, doubt I would wear aids very often either.

I better start wearing mine a lot more. 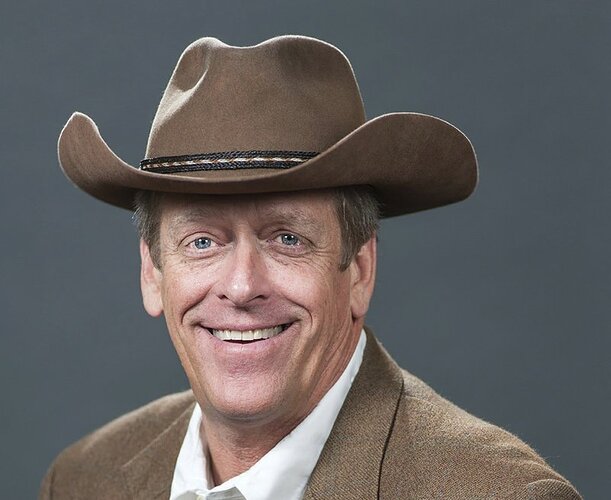 Tinnitus: It’s a ringing in the ears that can be ceaseless, making it difficult to go about daily activities, and it’s cited as one of the reasons Texas Roadhouse CEO Kent Taylor took h…

I had a pair of the tv muffs and liked them before I got hearing aids but you can’t wear anything that covers your ears or the aids squeal.

Bluetooth is the best alternative now

After 30+ years on the range and all the rock I have listened to, my ears surely aren’t what they used to be. That being said, watching a football game anymore is so annoying. You can hardly make out what the announcers are saying due to all the background noise. I thought it was just me but even my kids say it is harder to hear them. Seems like that is something they could fix…if they wanted to.

I may ultimately have to look at something like those headphones.

Wireless headphones are great, but they hamper your spousal conversation too. My latest is a wireless speaker that I put right next to me. Works quite well, still have some trouble with background noise, but almost perfect. Most products claim to eliminate noise, but they do not. I think the networks are the answer, they need to take better control of background noise on the set IMO.

aids may delay brain fog and Dementia, and especially Alzheimers

What!?! Hunh unh, no way, I ain’t gonna get no AIDS cuz of my hearing. Things fall off, get sick and people die from Aids. No way, man! Oh well, back to laundry and “Open Range”

Closed captioning feature on the TV helps me. But they be flapping their lips faster than the writing on the screen.

Hey guys, not only do the ear phones work but I got a sound bar that has different settings. You can use it as well to enhance voice conversations and block off background noise.

I have tried two different soundbars. One from Sony, one from Bose, didn’t do enough to solve my problem, good for some.

Went and sat in the little room today.I was supposed to have done this a year ago. She said things haven’t changed much. The right ear is significantly worse. Both of them have issues with higher frequencies.
I go back the 31st and get my new hearing aids.
Download an app on my phone before I go back. She’ll set them up and then she said I can adjust accordingly. The ones I have I got 2016. She said going to be a tremendous difference.

I’d imagine we have close to the same ones, only yours will be 3 years better… Fantastic and so much you can do when paired to an Iphone. wondering what some may say about you at work. leave your phone near them and walk away… the hearing aids will pick up the mic on the phone and you would be amazed just how good your phone picks up voice. Also you can use them for phone conversations and so much more… Cool stuff!

l was sitting on the porch and had them in and kept hearing this crunching noise… Dang dog chewing a bone. The goofy thing is pointing at a sound. Me and you hear a noise and we immediately know the direction. with the aids it throws it off a bit, but seems to get better with use.

The ones that I’m replacing have a couple settings. One of them is to just pick up sound from the front. Then the other all around. But really can’t tell directions.
And as far as what the guys are saying I can’t half understand most of them anyway.

I bought a sound bar for my tv that was recommended. I enhances spoken words and everything is clearer

Welcome back Marshgrass, yes they do what you say, but they don’t take care of the background music in current tv shows for me???

For that I have to use higher volume with a wireless speaker next to my chair, that also does what sound boxes do with more volume.

I still have to use closed caption on most shows anyway.

Did y’all know at 40 mph on your boat you get about 90 DB of wind noise.
I think you start getting hearing loss at around 80 DB

Mine has several levels and so far has worked. I found it through Consumer Reports.

Very interesting, makes sense too, but mine is Tinnitis mainly, from LOUD rock music in the 80’s I believe anyway. Probably several causes too, it does seem to cause some fog to the brain too???

My Brother told me about using closed caption… I just started experimenting with it. I think I could get used to it.