Hey Fred, Walterboro gonna be full of media for a bit

I’m not sold on him murdering his Son and Wife… No question he screwed over many and I’m not trying to defend him … just not sure about the murders. Again… time will tell.

Big thing is, if he did not do it, they need to find out who did.

I just don’t care for Hartpootlian since he’s such a loud mouth, arrogant partisan democrat. He could tone it down politically, but he doesn’t, he’s just over the top with partisan ranting. 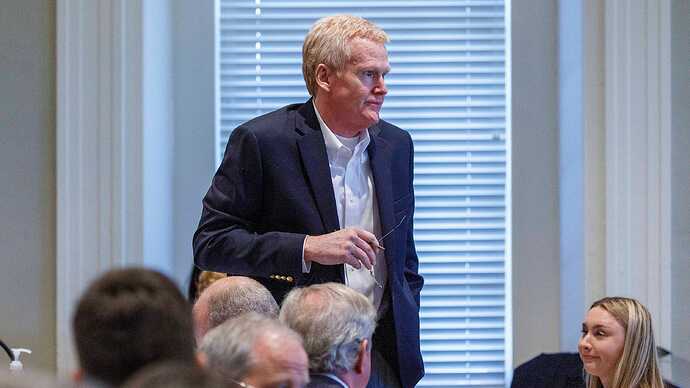 you know anything about that?

As long as they were under $10,000. each, gotta structure those deposits/check cashing.
Does the nickname come from how “fast” he can make it to the bank?

Will see I guess

DoubleN, they can’t even charge people for stealing top secret documents from the white house. Time will tell.

Whole other league there. No telling how this will work out…

Hope his sorry ass is found guilty. Regardless of that, no death penalty. His financial crimes alone will put him away for life.

He should get death penalty for that alone…IMO. But hey, 20 years of appeals, Pfft.

I hear ya. That was a little sideline upset on my part with all going on in today’s society. I’m all about the time for the financial crimes, but I’m up in the air on the murders. A shot gun for one and a rifle for the other? So many things just don’t add up. The prosecutors accuse him of committing the murders to distract attention from a series of alleged illicit schemes he was running to stave off “personal legal and financial ruin,” . The man is smart no question about it and he knew his b.s. was coming to light. Killing his son and wife would not have prevented that and this is all the Prosecution is running on to convict him. Unless they have more we haven’t heard of. they have no weapons and this is the only crazy motive.

Here’s my guess. Alex gets charged with financial fraud, gets off on the murder charges, does little time and lives a free life as an older man with financial means. God forbid if he did kill his wife and son, he planned it to a T. Arm chairing to the max.