Ricky, do you have a bladder tank or galvanized? I had my bladder tank replaced and also had a "burper’ installed that introduces the water to the air every time the pump comes on before it comes out the taps. Never had strong sulfur smell, but I have absolutely none now.

Another thing I did was try to foil the conservation bs with new toilets 1.6 gal per flush but you have to flush after the first deposit then again after cleaning and again when we used to have 3 gal per flush after we upgraded from an outhouse so I popped off the overflow hose and plastic piece that holds it and glued a 3/4” pvc coupling to the top of the tube pipe reattached the hose then raised the float as far as possible which adds about a 1/2 gal of water to the tank. I also removed all the restrictors in the faucets and shower heads. It’s my water and I want to use it as I want to

I’ve been building a moat around my house as well! That rain we got recently flooded 108 gallons of water into my garage

Wish I could explain it better. I never had strong sulfur water like most in my area, but you could smell it during a hot shower. Now… Nothing. Super pleased.

This is how people get killed on construction job. 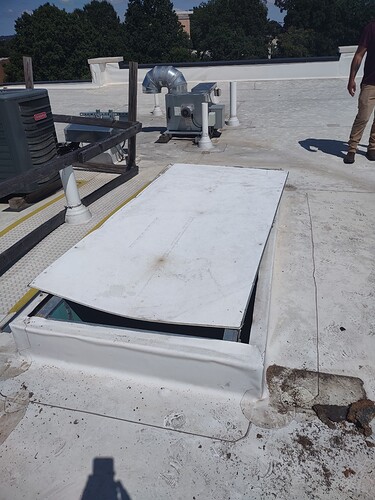 IMG_20220915_1405044173000×4000 972 KB
I was asked to go look at a leak on another property. And this is what I found.
This is nothing but a piece of Denz’s Glass glass. Basically exterior sheetrock. And had a piece of rubber over the top of it. That chase is about 50 ft down. If someone would have stepped on that they would have been gone.
And they have also left this wood laying up there on the AC.
Good wind pick it up and blow it off the building and that would kill someone. People just don’t think… 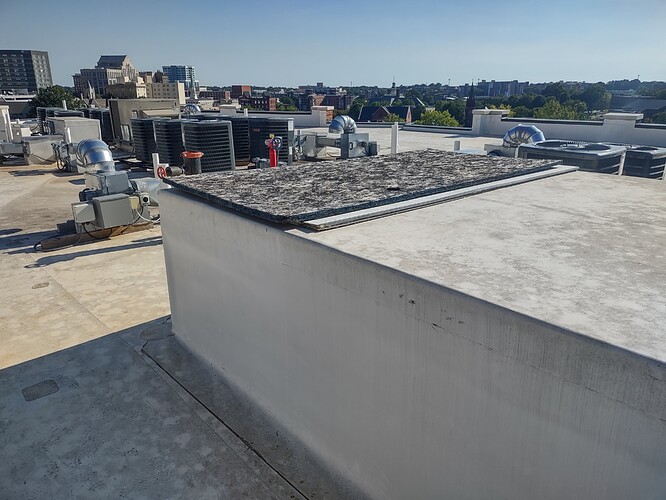 I had a good friend fall to his death, in a similar situation, in an old mill.

Gave up on the street glide and finally took it to the doctor. My thought it was twist grip sensor. The mechanic agreed. Figured they might have spliced the wires when they put the ape hangers on. Told me 2 hours later to do it. Oh hell yeah. Got the new sensor he installed it the old one was spliced. Got the bike back next day started spitting codes again. Carried it back. Went by and checked on it this afternoon. He found a wire that looks fine inside of a chafing rap not skin up or anything. He could wiggle it and it would start spitting codes. He gave it a little tug and the wire come apart. Hopefully problem solved.
Is it modern technology wonderful??

Wiring in modern equipment can be a real pain.

Cut man on a family job, pays good in PBR 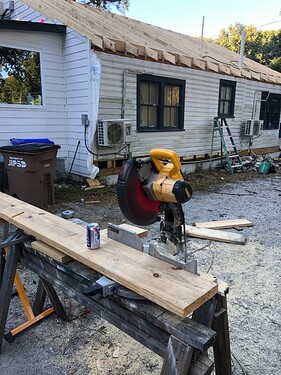 That’s an awful job to have to do, of which I help my father in law to similar things, but isn’t it great to know that they next time that needs doing, you’ll be dead?

Hydro stop roof with foam core inso board underneath, he’s always gotta do it the weird 110% way

5/8” sheathing first tomorrow, but he’s paying a buddy of mine to move those up and on

Just my opinion.
I wouldn’t put HydroStop on a dog house.
By the time you figure your ISO board, fabric, base coat and topcoat, drip edge and fasteners and plates for your ISO board.
Just off the top of my head I think you’re looking at around $4.50 a square foot. Not including labor.
And it’s not very durable a small limb will puncher it… I’ve seen them near the beach where seagulls drop their clam shells to bust them open. They will puncher the roof. Would be more puncture resistant without the iso board.
And probably within a year it’s not going to be white anymore it’s going to look like crap.
I have tore off quite a few of them over the years.
Again just my opinion. But speaking from over 35 years of roofing experience.
Be careful step on the wet coating and you’ll be on the ground in a heartbeat.

Well, I found out why my gutter french drain wasnt draining… see if you can tell why. 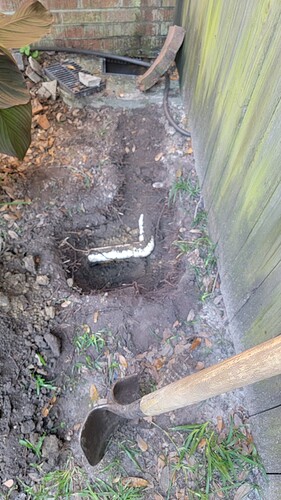 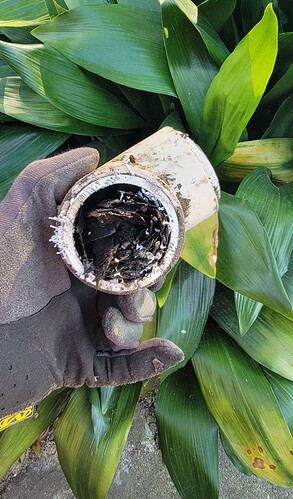 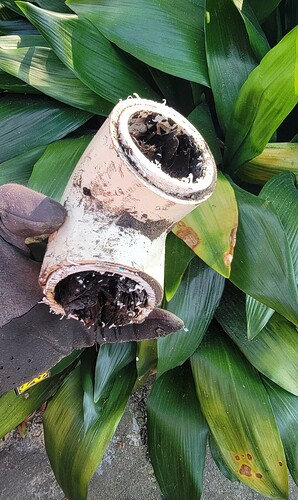 Not only did they use 2in for the drain they also used a dang water 90° instead of a sweep 90° for drainage. Bad on top of bad… Will replace with the correct 90 today

I got some stuff to do around my house. but I can’t find the keys get it started. 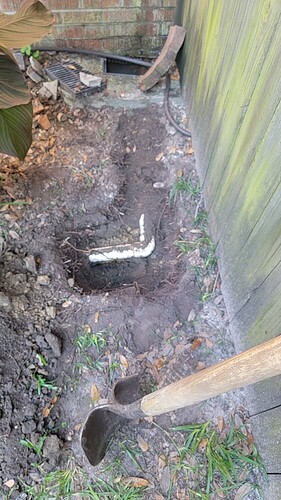