Vote to remove Politics from the site

Seems like every flagged post is in the Politics forum. Lets take a quick vote from the community, just reply and post with a YES (remove the politics), or a NO (leave the politics).

There is a difference between getting rid of the politics forum, and getting rid of politics… Meaning, all posts political no matter where will need to be flagged, removed, and violators dealt with…

I have stated before that if I were the site owner, I would eliminate all politics as it’s inherently bad for business…

In the end, it is up to you folks as owners to decide whether you want a fishing site, or a political one… I will say it would be a lot less confusing and simpler for you folks to manage the site if politics were banned all together and took a zero-tolerance approach to the topic…

Why is there no fact checking?

The conspiracy theories run rampant in that politics forum, misinformation out the wazoo from mainly one member.

The flavors vary from covid vaccine, to election results to laptops and diaries. The misinformation comes from extreme far right websites.Most sites do not allow misinformation to continue to spread, and the content is removed, and user removed or banned if continued.

Going to cut hay now, finally got some dry air. Y’all boi have a good day.

The conspiracy theories run rampant in that politics forum, misinformation out the wazoo from mainly one member. 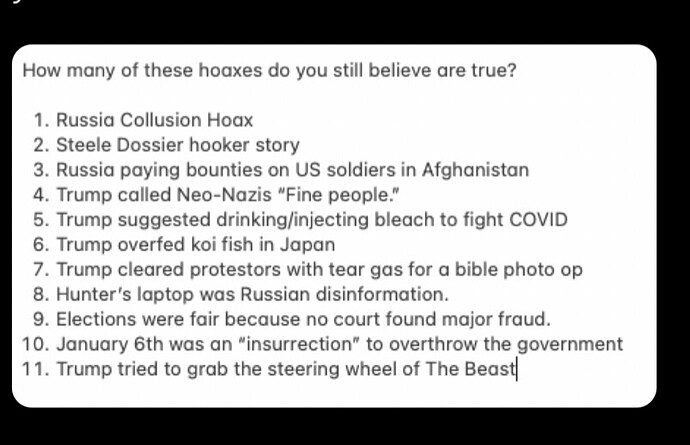 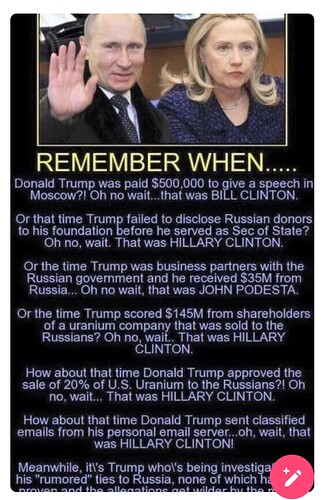 Are you using an electric tractor to cut that hay?haha I reckon you think the CPI report is misinformation and rampant inflation and the stock market tanking?Everything you see is a conspiracy theory,right? 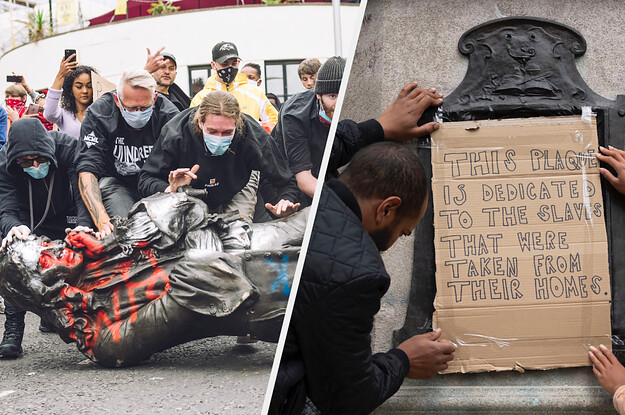 Leftists, Liberals and Democrats: They Ruin Everything - The 53rd Regiment

It’s just not possible to please a leftist

There are a couple here that act like scorned ex wives in that there will be no pleasing them or getting along with them ever, mostly because they now feel wounded and scorned due largly on part to their past and continuing actioms.

They are so caught up in the self image of themselves that they simply won’t or can’t realize how their actions make them look. I mean really, RBF constantly speaks of himself in third person. And Lowretta with the porch-dick ignorance has resorted to a crybaby tattletale,“mama, make them stop calling me by my name”

Its why the few people that check back in occasionally don’t keep coming back.

Its the same song, just a different tune with them every day. It makes me (like most everyone else) want to change the channel and move along too anymore.

If I had a full set of keys to this place there would be a lot of stuff changed, starting with the removal of the trash on the porch and the accompanied dog dikk gnats swarming around it.

Just some random thoughts from

personally, i enjoy reading a little and posting even less on the politics forum. it’s kinda interesting between report reads.

My guess is EF will have to have the last word…

Geez, even the current ownership tried to band you, but couldn’t because of the old platform… These are undeniable facts…

Talk about an ego…

EF, you came back and proclaimed yourself: EF – Head Administrator
Then you became: The Poser Formally Known as EF
Then: EF – On Double Secret Probation
Now: Just EF

I typically keep my comments in the political forum where they belong… And yes, I do fish as much as possible and hunt occasionally on my 2 pine plantations in Horry county…

Reality is you have the temperament of a young teenage girl, and I am sure Admin sees you for just that…

You have claimed so far:

I have a novel idea EF, since you enjoy bad mouthing the site, and denigrating it so often… Why don’t you just offer to buy it, make it your own site, and then you can banded who you don’t like… Come on EF, pony up and make Admin a huge money offer and see if they will take it…

Also, name one time I have ever cursed at any member… You have done so several times via acronyms, and words the site has blocked out most of the letters…

See, lies made up and presented as facts once again.

Anything to have the last word and feed his ego and self image.

Its obvious for anyone but him to see, because he is so self aggrandized.

Like a scorned wounded bitter woman after her third divorce, “It’s everyone elses fault for my miserable existence but mine”

Jesus admin, cut your losses and kick this coprophagic troublemaker to the curb.

See, lies made up and presented as facts once again.

Anything to have the last word and feed his ego and self image.

Its obvious for anyone but him to see, because he is so self aggrandized.

Like a scorned wounded bitter woman after her third divorce, “It’s everyone elses fault for myiserable existence bit mine”

Jesus admin, cut your losses and kick this coprophagic troublemaker to the curb.

quote: Originally posted by natureboy Off to get churched up! I'll pray for you to forgive that priest for what ever he did to you, and be at peace instead of so angry

Poly has already stated many times that he was not molested by the priest. However, if he was, would you want to rub salt in his wounds? Have a heart, my friend. Argue politics all day long, but it doesn’t need to get personal. For what it’s worth, I don’t care for Poly’s politics or his extreme partisanship, but he’s a pretty cool guy as far as I can tell from the rest of CF.com (outside the political section).

See what I mean?

He simply cant stfu, he thinks he is always right and cant see it any other way.

self aggrandized i say.

As usual when you make a claim, you aren’t able to substantiate it…

I present evidence and facts, not conjecture…